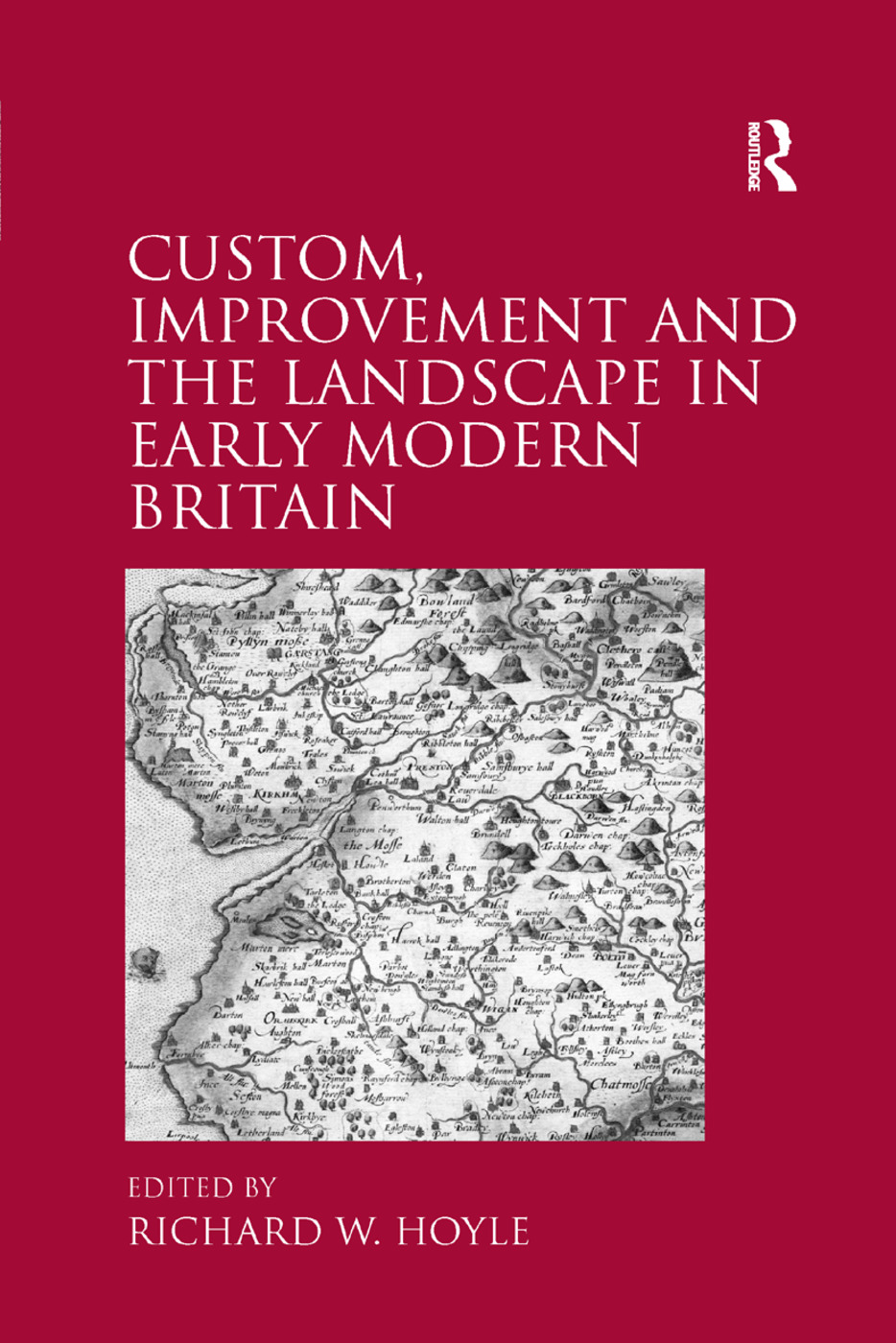 Custom, Improvement and the Landscape in Early Modern Britain

A great deal has been written about the acceleration of English agriculture in the early modern period. In the late middle ages it was hard to see that English agriculture was so very different from that of the continent, but by 1750 levels of agricultural productivity in Britain were well ahead of those general in northern Europe. The country had become much more urban and the proportion of the population engaged in agriculture had fallen. Customary modes of behaviour, whilst often bitterly defended, had largely been swept away. Contemporaries were quite clear that a process of improvement had taken place which had seen agriculture reshaped and made much more productive. Exactly what that process was has remained surprisingly obscure. This volume addresses the fundamental notion of improvement in the development of the British landscape from the sixteenth to the nineteenth century. Contributors present a variety of cases of how improvement, custom and resistance impacted on the local landscape, which includes manorial estates, enclosures, fens, forests and urban commons. Disputes between tenants and landlords, and between neighbouring landlords, over improvement meant that new economic and social identities were forged in the battle between innovation and tradition. The volume also includes an analysis of the role of women as agricultural improvers and a case study of what can happen when radical improvement failed. The volume will be essential reading for scholars of landscape studies, rural and agrarian history, but will also provide a useful context for anybody studying the historical legacy of mankind's exploitation of the environment and its social, economic, legal and political consequences.

'The case studies in this book, of people, families, areas and problems, provide much food for thought…' Landscape History 'The central issues of the agrarian history of early modern England - tenures; rents; enclosure; engrossing; innovation and its diffusion - have been established for over a century. Yet knowledge of the course and complexity of change, and insights into its causes and consequences continue to develop. This stimulating collection contributes in both ways. It is empirically rich, providing an abundance of valuable information to illuminate further the economic processes involved. It is also distinctive in approach, emphasising in various ways the social, cultural and political dimensions of economic change.' Keith Wrightson, Yale University in Histoire Sociale/Social History 'This volume is a reminder of just how important comparative studies are for the local historian because of the way in which they can illustrate how similar themes worked out in different places.' The Local Historian This timely and welcome collection of essays grapples with the fundamental change in thinking which underpinned the transition from the medieval to the modern in the rural landscape of Britain, namely the growing dominance from the seventeenth century of ideas of 'improvement'.' English Historical Review

Richard W. Hoyle is Professor of Rural History at the University of Reading, UK, and Editor of Agricultural History Review.