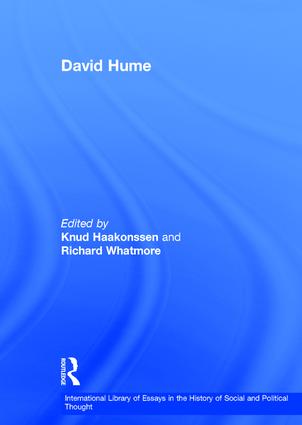 This volume on Hume's politics brings together essays that have been formative of the scholarly and more general debate about Hume's political thought. Unlike many theorists who express their thought in terms of system, Hume uses the incidental genre of the essay as the vehicle for his writing and his mode of presentation is a reflection, indeed an expression, of his belief in the limited power of reason to give any over-all shape to human life. Hume's politics are particularly suited for discussion of a wide range of view-points. The possibilities of seeing in Hume both the conservative and the liberal are pursued along with Hume's sophisticated analysis of party-politics. His acute and pioneering theorisation of perhaps the most central issue for 18th-century political observers, that of commerce and politics, is brought out in the context of his ideas of the international order. His fundamental theory of justice is discussed in its connection with law, property and government.