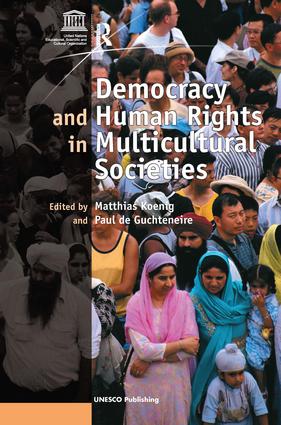 Published in association with UNESCO, Democracy and Human Rights in Multicultural Societies examines the political governance of cultural diversity, specifically how public policy-making has dealt with the claims for cultural recognition that have increasingly been expressed by ethno-national movements, language groups, religious minorities, indigenous peoples and migrant communities. Its principle aim is to understand, explain and assess public-policy responses to ethnic, linguistic and religious diversity. Adopting interdisciplinary perspectives of comparative social sciences, the contributors address the conditions, forms, and consequences of democratic and human-rights-based governance of multi-ethnic, multi-lingual and multi-faith societies.