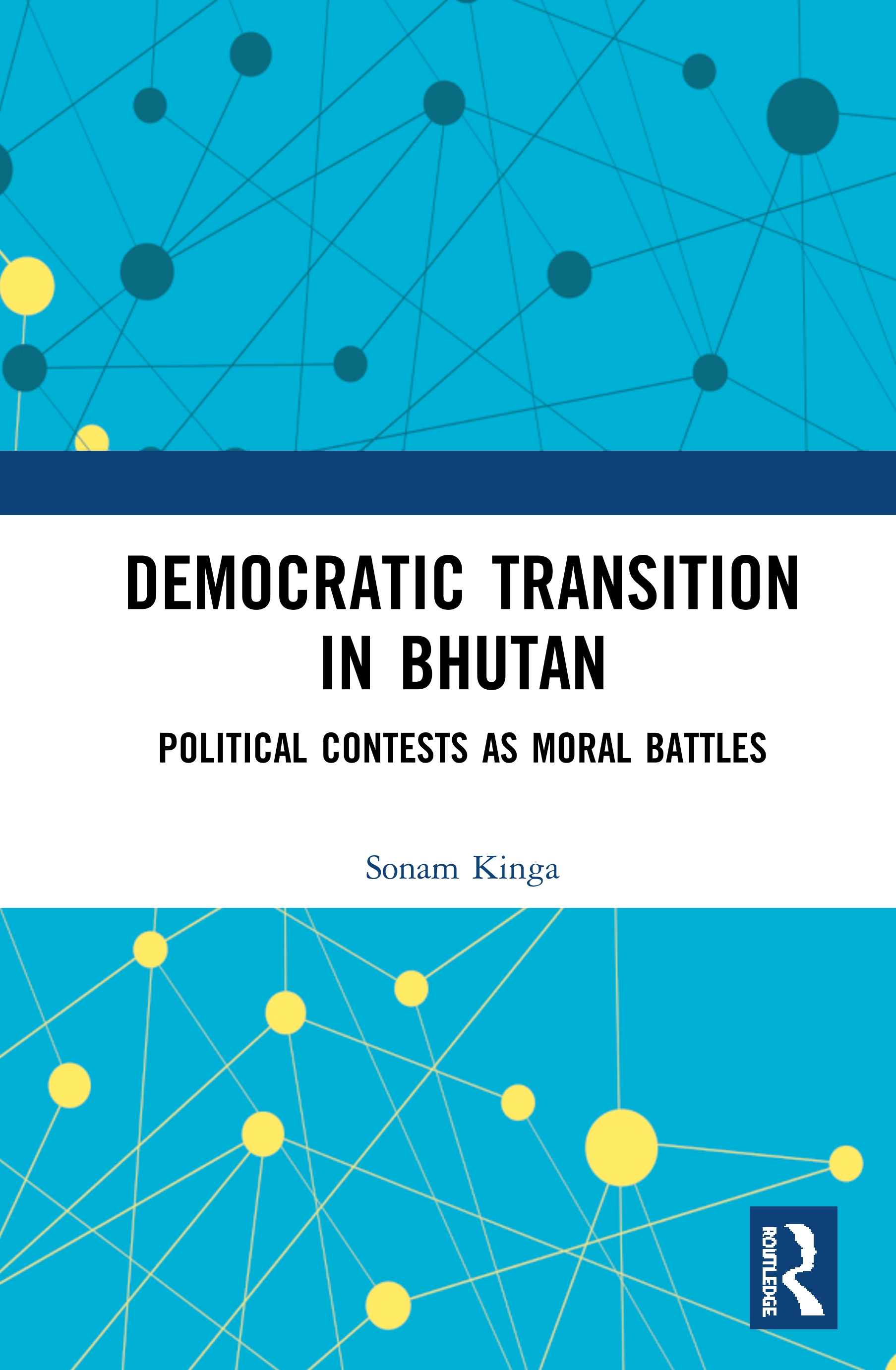 This book studies how a modern monarchy transformed Bhutan into a parliamentary democracy. A political ethnography, it focuses on the historic elections of 2007–2008, and studies democracy and its transformational processes from the ground up. It draws on historical as well as contemporary theories about kingship and regime change to analyse Bhutan’s nascent democratic process and reflect on the direction of political change, both at the state and local levels in the aftermath of the elections. It also presents insights into the electoral and political process by giving a first-hand account of the author’s own participation in the elections and ponders on the larger political implications of this election for the region.

A strong theoretical discussion situated in robust fieldwork and personal experience, this book will be an essential read for scholars and researchers of politics, especially comparative politics and political institutions, South Asian and Himalayan Studies, political sociology and social anthropology.

"It is a rare book that combines very acute logical and analytic power with intimate insider knowledge on crucial historical moments of democratic transition in Bhutan. This will be uniquely valuable book for those who are interested in Bhutan as well as those interested more generally in monarchy, democracy and politics. It should be read by people who are not even familiar with Bhutan or South Asia, but are willing to think deeply about the state of democracy, as well as those who are interested in politics and governance both at the state and local levels."— Tatsuro Fujikura, Professor of Anthropology, Graduate School of Asian and African Area Studies, Kyoto University, Japan

"It is an excellent book! Interesting, informative and well-written! The combination of political theory and ethnographic methodology worked well. And of course the whole thing is enriched and enlivened by personal role in the events discussed. I am sure it will have a great impact in Bhutan and far beyond."—Sherry Ortner, Distinguished Professor of Anthropology, University of California, Los Angeles, USA

Sonam Kinga teaches at the Royal Institute for Governance and Strategic Studies, Bhutan. He was earlier a Visiting Research Fellow at the Institute of Developing Economies, Tokyo, and later a Visiting Professor at Kyoto University, Japan. He was also a founding member and researcher at The Centre for Bhutan and GNH Studies, Thimphu, Bhutan, and founding editor of the Bhutan Observer. He represented the district of Tashigang for the first two consecutive terms (2008–2013) in the National Council, Parliament of Bhutan. During his second tenure, he served as the Council’s Chairperson. He was awarded the National Order of Merit (Gold) in 2014 and conferred the prestigious honour of Red Scarf and the title ‘Dasho’ in 2012 by His Majesty the King.