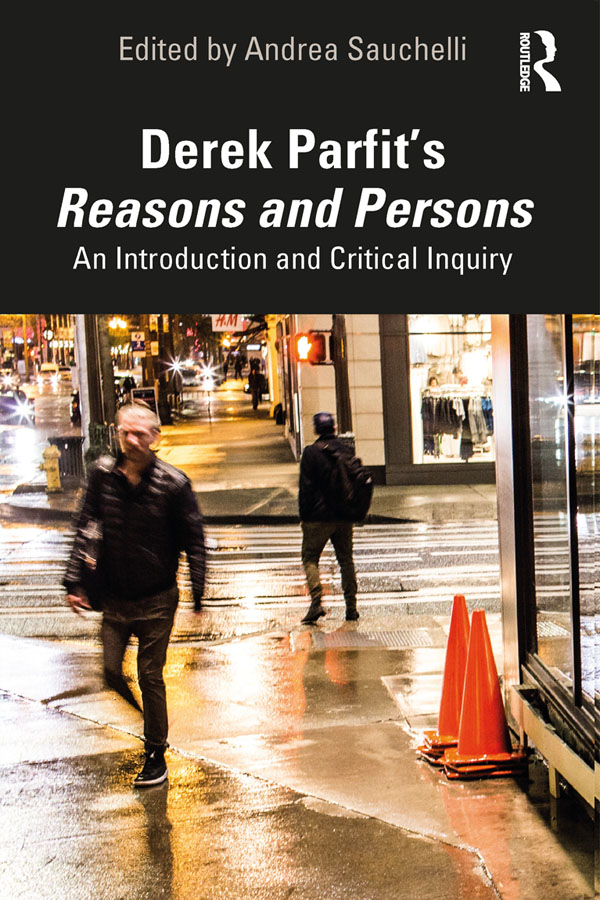 Derek Parfit (1942–2017) is widely considered to be one of the most important moral philosophers of the twentieth century. Reasons and Persons is arguably the most influential of the two books published in his lifetime and hailed as a classic work of ethics and personal identity.

Derek Parfit’s Reasons and Persons: An Introduction and Critical Inquiry is an outstanding introduction to and assessment of Parfit’s book, with chapters by leading scholars of ethics, metaphysics and of Parfit’s work.

Part I provides a much-needed introduction to key topics and themes in Reasons and Persons that will be useful for those new to Parfit’s complex work. These include Parfit’s idea of self-defeating theories, rationality and time, personal identity, future generations and well-being.

Part II explores various debates generated by Reasons and Persons, including its connections with Buddhism, metaethics, theory of rationality, transformative choices and further developments in personal identity and metaphysics such as conativism.

Combining clear exposition of the major topics and arguments in Reasons and Persons with scholarly perspectives on more advanced themes, this book is ideal for students of ethics, metaethics, metaphysics and anyone interested in Derek Parfit’s philosophy.

Introduction to the Collection Andrea Sauchelli

1. Toward a Unified Theory of Morality: An Introduction to Part One of Reasons and Persons Ben Eggleston

Andrea Sauchelli is Associate Professor of Philosophy at Lingnan University, Hong Kong. His book Personal Identity and Applied Ethics: A Historical and Philosophical Introduction is also available from Routledge.