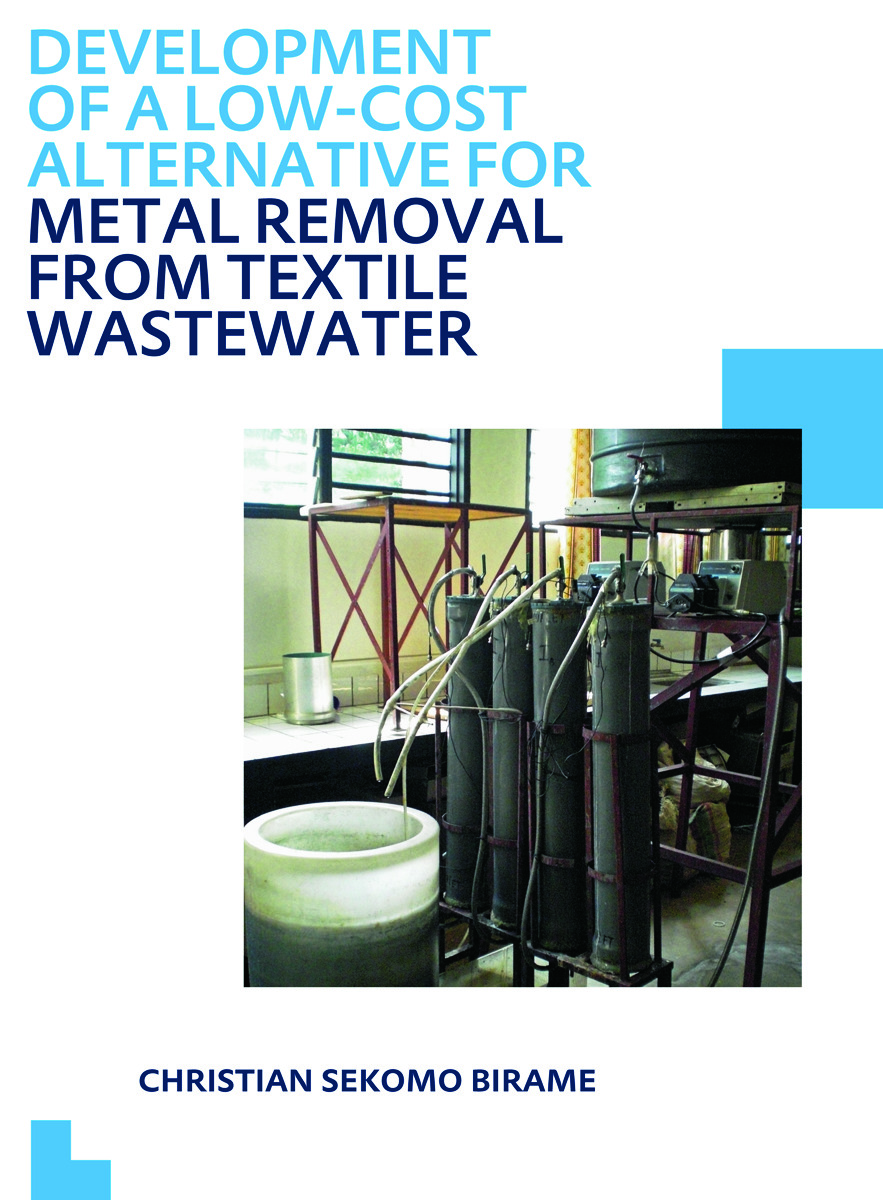 Industrial wastewater contains many pollutants. This book focuses on heavy metals found in textile effluents because of their known toxicity effect in the environment. Wastewater from a textile industry (UTEXRWA) in Rwanda has been screened for the occurrence of Cd, Cr, Cu, Pb, and Zn. Batch and pilot experiments on adsorption equilibrium, kinetics, and sulfide precipitation using volcanic rock as adsorbent and packing material have been investigated. A low cost and integrated system for treatment has been developed, combining an anaerobic bioreactor as the main treatment step, followed by a polishing step composed by a polishing pond containing algae, duckweed, and water hyacinth. More than 90% of metal removal was achieved in the bioreactor, with metal sulfide precipitation as long-term removal mechanism. The use of algae and duckweed as alternatives for water hyacinth plants showed no differences between algae and duckweed ponds based on abiotic differences. Overall, both systems' performance was close and these systems are well suited as a polishing step for wastewater containing low metal concentrations. The integrated system for heavy metal removal showed how two complementary systems for heavy metal removal can work in combination and good removal performance can therefore be achieved.

Fate of Heavy Metals in an Urban Natural Wetland: The Nyabugogo Swamp (Rwanda)

Use of Gisenyi Volcanic Rock for Adsorptive Removal of Cd(II), Cu(II), Pb(II) and Zn(II) from Wastewater

Christian Sekomo Birame (1968, Democratic Republic of Congo) finished high school in Kigali (Rwanda) at the Zaïrian Consular School in 1990. He joined the Institute of Applied Chemistry at the University of Lubumbashi in 1992, where he did two years of undergraduate studies. After the 1994 genocide in Rwanda, he worked at the Ministry of labor and social affairs. In 1996, he joined the National University of Rwanda where he obtained a Bachelor of Science degree in Chemistry in 1998. From June 2000 he is working as a lecturer in the Chemistry department from the National University of Rwanda. In 2002 he started his Master of Science in Electrochemistry at Witwatersrand University in Johannesburg (South Africa) and subsequently his PhD studies at UNESCO-IHE Institute for Water Education in 2006. He is actively involved in many research related to water quality and development of systems for wastewater treatment and has more than 9 publications to his credit and has presented papers and posters at several peer reviewed conferences.