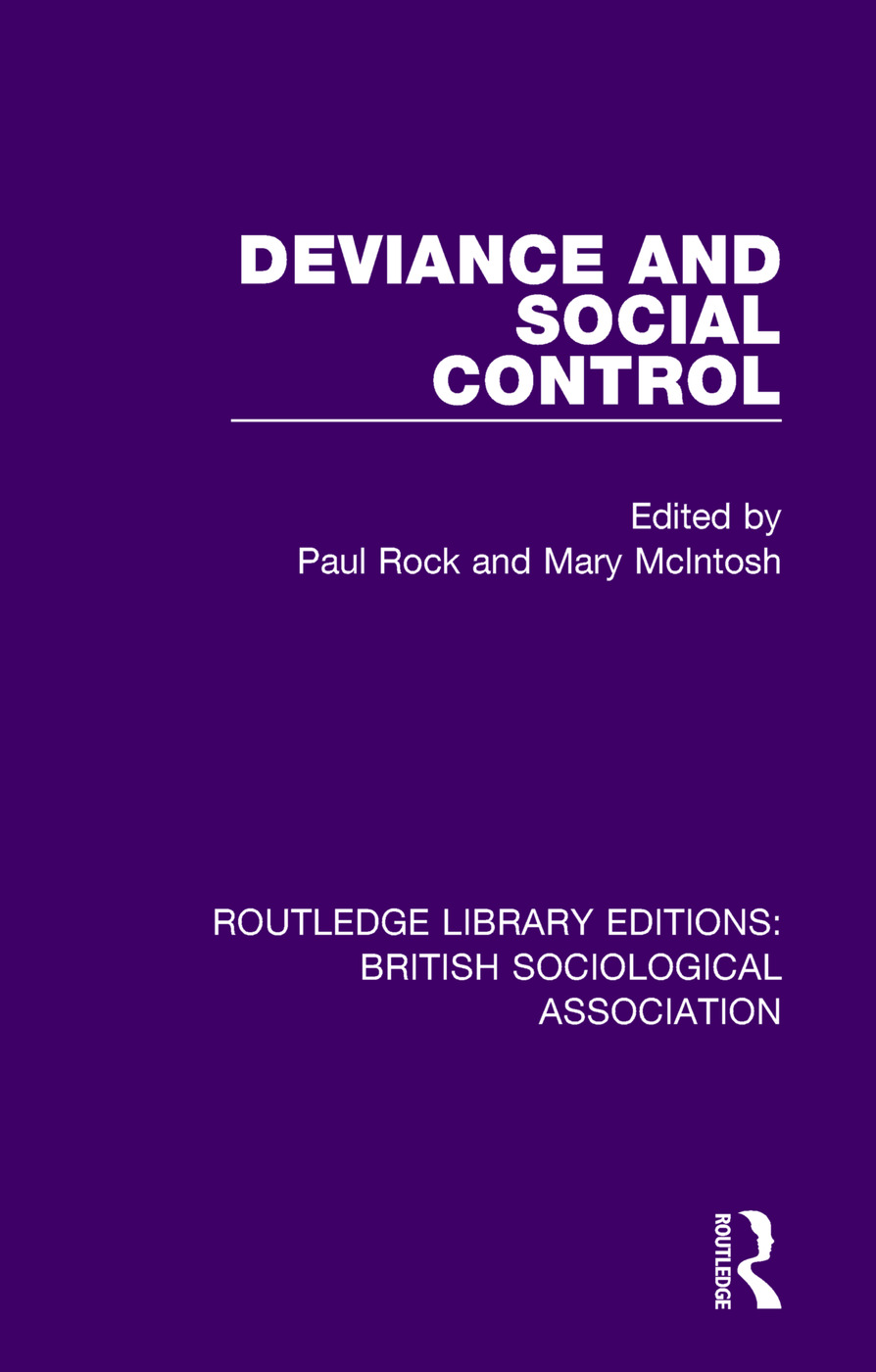 Originally published in 1974, Deviance and Social Control represents a collection of original papers first heard at the annual meeting of the British Sociological Association in 1971. They reveal how the American approach to deviance has been taken up by British sociologists, and revised and modified, and they explore possibilities of extending and strengthening the subject, for instance through comparative analysis or by examining issues which bear on deviant behaviour.

2. Criminology and the Sociology of Deviance in Britain, Stanley Cohen

4. The Sociology of Crime and the Emergence of Criminal Laws, W.G. Carson

5. Problems in the Comparative Analysis of Deviance, Roland Robertson and Laurie Taylor

6. Phenomenology, Sociology, and the Study of Deviance, Michael Phillipson and Maurice Roche