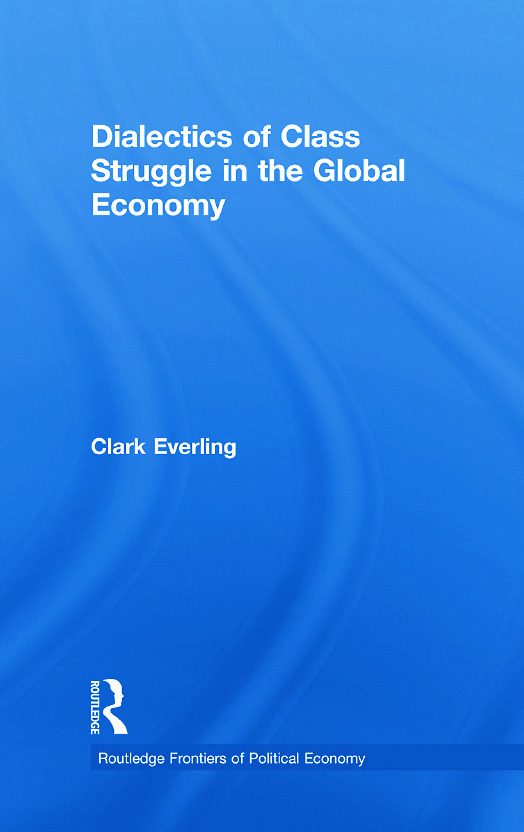 Dialectics of Class Struggle in the Global Economy

Much ink has been spilled in attempts to prove that humans are only animals and are, like other species, only aggressive. Marx distinguishes both class and cooperative relations as inorganic: humans create their subjectivity through their mutual social production. They build upon their previous forms of social production and, with capitalism, become not only an opposition of classes, but have the capacity for urban individualism and cooperation.

Dialectics of Class Struggle examines the historical development of classes from ancient times to present. It analyses the development of ancient slavery into feudalism and the latter into capitalism. It focuses on the laws and limits of capitalist development, the contradictions inherent in the capitalist state, revolutions in the twentieth century and the possibilities for human freedom that they revealed. It concludes with an examination of class struggles in the global economy and shows the human deprivations as well as the human possibilities.