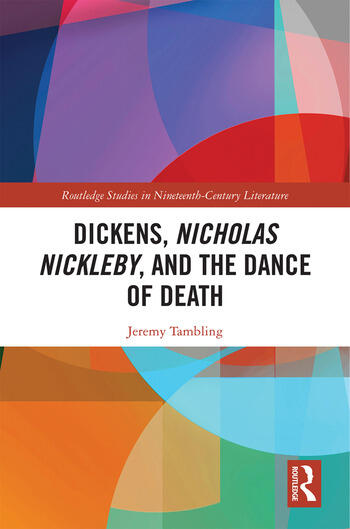 This study of Nicholas Nickleby takes the Dickens novel which is perhaps the least critically discussed, though it is very popular, and examines its appeal and its significance, and finds it one of the most rewarding and powerful of Dickens’s texts.

deals with the abduction and destruction of children, often with the collusion of their parents. It concentrates on this theme in a way which continues from Oliver Twist, describing such oppression, and the resistance to it, in the language of melodrama, of parody and comedy.

With chapters on the school-system that Dickens attacks, and its grotesque embodiment in Squeers, and with discussion of how the novel reshapes eighteenth century literary traditions, and such topics as the novel’s comedy, and the concept of the ‘humorist’; and ‘theatricality’ and its debt to Carlyle,, the book delves into the way that the novel explores madness within the city in those whose lives have been fractured, or ruined, as so many have been, and considers the symptoms of hypocrisy in the lives of the oppressors and the oppressed alike; taking hypocrisy as a Dickensian subject which deserves further examination.

explores ways in which Dickens draws on medieval and baroque traditions in how he analyses death and its grotesquerie, especially drawing on the visual tradition of the ‘dance of death’ which is referred to here and which is prevalent throughout Dickens’s novels. It shows these traditions to be at the heart of London, and aims to illuminate a strand within Dickens’s thinking from first to last. Drawing on the critical theory of Walter Benjamin, Freud, Nietzsche and Marx, and with close detailed readings of such well-known figures as Mrs Nickleby, Vincent Crummles and his theatrical troupe, and Mr Mantalini, and attention to Dickens’s description, imagery, irony, and sense of the singular, this book is a major study which will help in the revaluation of Dickens’s early novels.

Chapter 1: From Papers to Novel

Chapter 5: Of ‘Conglomeration’ and Hypocrisy

Chapter 6: London and the Dance of Death

He is author of several books, three of them on Dickens: Dickens, Violence and the Modern State: Dreams of the Scaffold(Macmillan 1995), Going Astray: Dickens and London (Longman, 2008), and Dickens’ Novels as Poetry: Allegory and the Literature of the City (Routledge 2014). He edited David Copperfield for Penguin (2004) and has written numerous articles on early modern and nineteenth century literature, and critical and cultural theory. His most recent book was Histories of the Devil: Marlowe to Mann, and the Manichees (Macmillan, 2017).