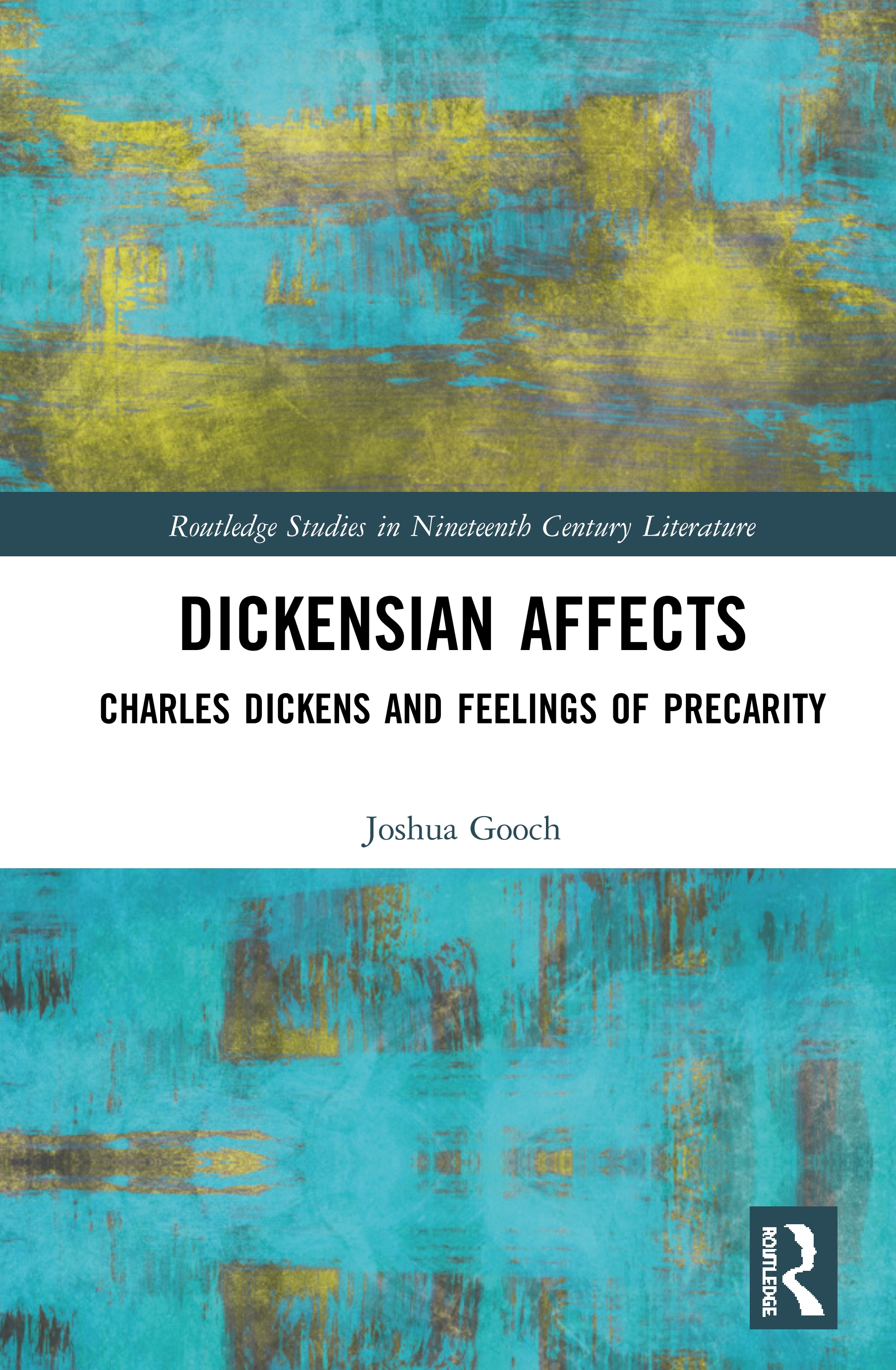 In Dickensian Affects: Charles Dickens and Feelings of Precarity, Joshua Gooch argues that Dickens’s novels offer models of feeling that illuminate the dissensions that accompany life’s precariousness under capitalism. By examining the role of violence, anxiety, surprise, and suspense in Dickens’s novels, Gooch explores how they represent and shape emotions to create rhythms specific to their historical moment. To unearth Dickensian affects, Gooch examines how some of Dickens’s novels yoke elements in their difference to signal different kinds and ways of feeling, what he terms affective form. This patterning of elements links a text’s ways of feeling to its conjuncture and locates lines of flight that allow its representations of emotion to become something else. The violence of Oliver Twist links its satire of the New Poor Law to the post-abolition period of apprenticeship in the West Indies. The pervasive anxiety of The Old Curiosity Shop links Nell’s journey to arguments economic inequality focused on questions of inheritance and land reform. The surprise of David Copperfield binds its interests in questions of character and trust to Britain’s professional world and credit markets. And the suspense of Great Expectations gestures toward a sense of shame and demand for new models of masculine character also seen in the Volunteer rifle militias. Dickensian Affects argues that for Dickens, questions of feeling reveal the precarity of feeling itself. For Dickens, to feel is to know the possibility of feeling otherwise.

Introduction: What a thing it is to have Power

One: From Sentiment to Affect: Toward a Theory of Affective Form

Two: Oliver Twist: Domination, Violence, and the End of Slavery

Joshua Gooch is an Associate Professor of English at D’Youville College in Buffalo, New York. His research focuses on intersections of work, power, and aesthetics in literature and film, particularly in relation to cultures with financialized economies. His monograph The Victorian Novel, Service Work, and the Nineteenth-Century Economy (New York: Palgrave Macmillan, 2015) examines the Victorian novel’s role in representing and shaping the service sector’s emergence.