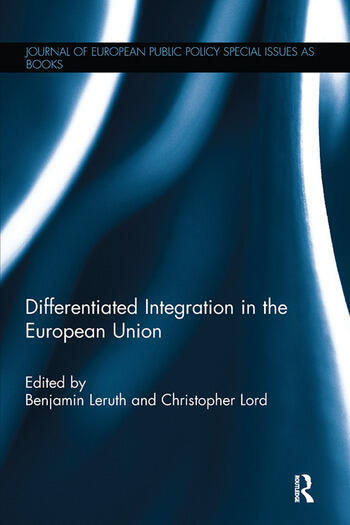 The notion of Differentiated Integration is increasingly used in the literature on European integration. Often employed interchangeably with the notion of "flexible integration, diverging views on its nature have led to the emergence of various definitions and, to some extent, a semantic confusion. A lack of consensus characterizes the academic literature; some authors even avoid putting an explicit definition on the term.

The main objective of this book is to seek answers for the following questions: How can one define Differentiated Integration in the European Union? Should Differentiated Integration be considered as a process, a concept, a system or a theory? Should it be seen as a temporary or a well-established phenomenon? How is this field of study likely to develop in the future? In order to do so, all chapters, written by leading experts in the field, offer a state-of-the-art analysis of the study of differentiated integration, from theoretical and practical perspectives. In addition, this book is not a collection of isolated papers: all chapters are interconnected and gravitate towards the aforementioned central questions, but approach these from different perspectives.

This book was published as a special issue of the Journal of European Public Policy.

1. Differentiated integration in the European Union: a concept, a process, a system or a theory?  Benjamin Leruth and Christopher Lord

2. The European Union as a system of differentiated integration: interdependence, politicization and differentiation  Frank Schimmelfennig, Dirk Leuffen and Berthold Rittberger

3. Utopia or dystopia? Towards a normative analysis of differentiated integration  Christopher Lord

8. Differentiated integration in the European Union: towards a comparative regionalism perspective  Alex Warleigh-Lack

Benjamin Leruth is research associate at the School of Social Policy, Sociology and Social Research, University of Kent, and guest researcher at the ARENA Centre for European Studies, University of Oslo.

Christopher Lord is professor at the ARENA Centre for European Studies, University of Oslo.