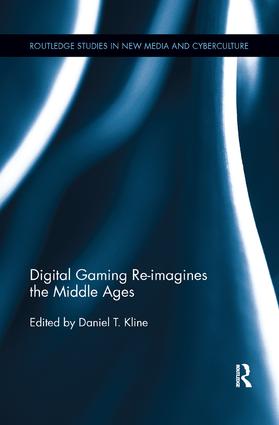 Digital gaming’s cultural significance is often minimized much in the same way that the Middle Ages are discounted as the backward and childish precursor to the modern period. Digital Gaming Reimagines the Middle Ages challenges both perceptions by examining how the Middle Ages have persisted into the contemporary world via digital games as well as analyzing how digital gaming translates, adapts, and remediates medieval stories, themes, characters, and tropes in interactive electronic environments. At the same time, the Middle Ages are reinterpreted according to contemporary concerns and conflicts, in all their complexity. Rather than a distinct time in the past, the Middle Ages form a space in which theory and narrative, gaming and textuality, identity and society are remediated and reimagined. Together, the essays demonstrate that while having its roots firmly in narrative traditions, neomedieval gaming—where neomedievalism no longer negotiates with any reality beyond itself and other medievalisms—creates cultural palimpsests, multiply-layered trans-temporal artifacts. Digital Gaming Re-imagines the Middle Ages demonstrates that the medieval is more than just a stockpile of historically static facts but is a living, subversive presence in contemporary culture.

"With Digital Gaming Re-imagines the Middle Ages, Kline and his various contributors have collectively fired the first volley in what will be, one hopes, a new and exciting chapter in medievalism. However, the book is important not only because it is the first in this new subfield, but also because it is excellent in itself; the contributions are well-argued and clear, the collection has been carefully assembled and edited, and the whole contains a wide range of consistently insightful chapters." --Andrew B.R. Elliott, Arthuriana 24.4 (2014)

Daniel T. Kline is Professor of English at the University of Alaska, Anchorage, USA.

This series is our home for innovative research in the field of digital media. It includes monographs and targeted edited collections that provide new insights into this subject as its influence and significance grow into the twenty-first century.