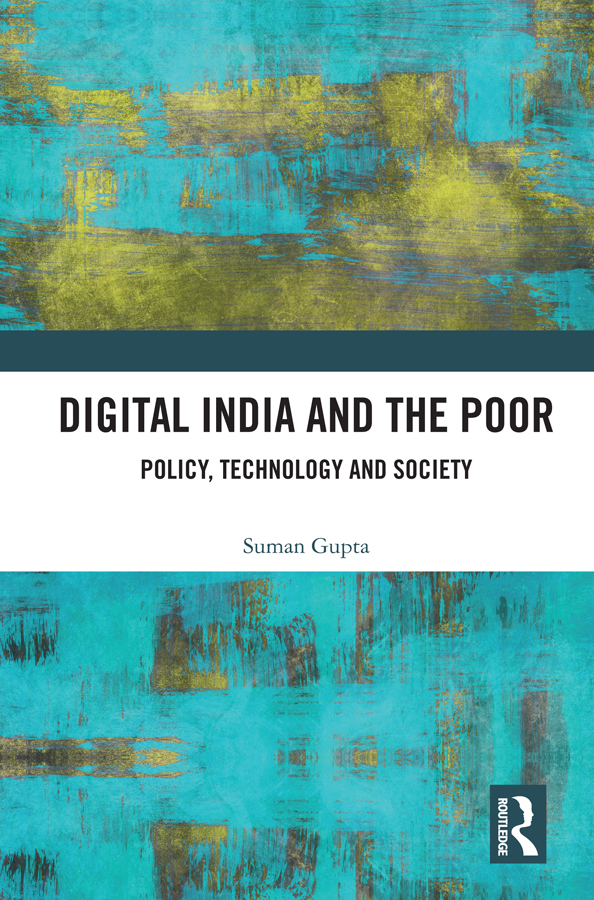 Digital India and The Poor

Digital India and The Poor examines how the poor are evoked in contemporary Indian political discourse. It studies the ways in which the disadvantaged are accounted for in the increasingly digitized political economy, commercial and public policy, media, and academic research.

The book will be of great interest to scholars and researchers of South Asian studies, politics, political science and sociology, technology studies, linguistics and development studies.

Suman Gupta is Professor of Literature and Cultural History at the Open University, UK. He has held visiting positions at Delhi University, India; Peking University, China; University of Texas Austin, USA; Federal University of Campinas, Brazil, among others. He is Honorary Senior Research Fellow at Roehampton University, UK. He has authored various publications including Usurping Suicide: The Political Resonances of Individual Deaths (2017, co-author), Consumable Texts in Contemporary India: Uncultured Books and Bibliographical Sociology (2015), Globalization and Literature (2009), and The Theory and Reality of Democracy: A Case Study in Iraq (2006).