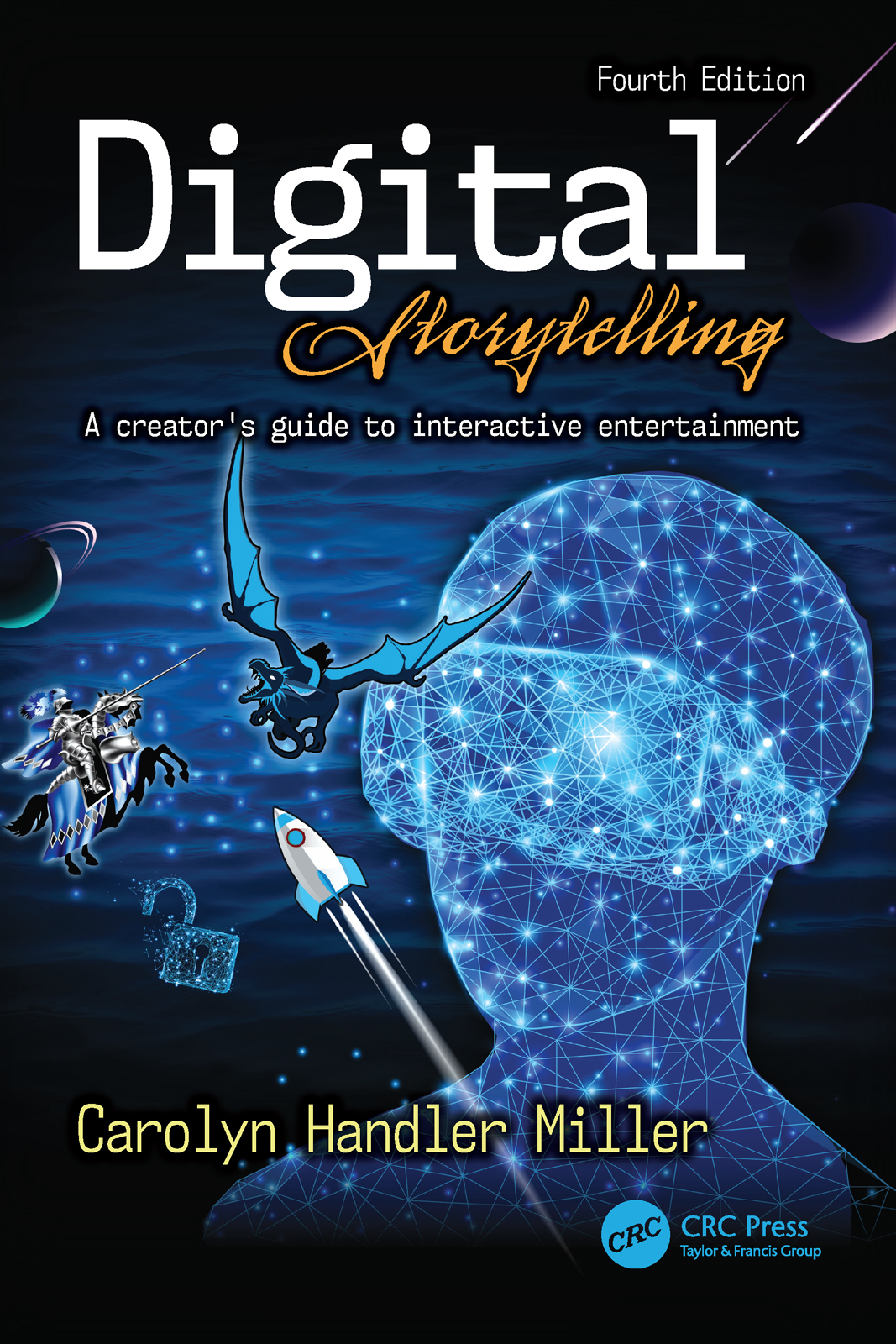 This fourth edition of Digital Storytelling: A creator's guide to interactive entertainment dives deeply into the world of interactive storytelling, a form of storytelling made possible by digital media. Carolyn Handler Miller covers both the basics – character development, structure and the use of interactivity – and the more advanced topics, such as AI (Artificial Intelligence), narratives using AR and VR, and Social Media storytelling. The fourth edition also includes a greatly expanded section on immersive media, with chapters on the exciting new world of the world of XR (AR, VR, and mixed reality), plus immersion via large screens, escape rooms and new kinds of theme park experiences. This edition covers all viable forms of New Media, from video games to interactive documentaries. With numerous case studies that delve into the processes and challenges of developing works of interactive narrative, this new edition illustrates the creative possibilities of digital storytelling. The book goes beyond using digital media for entertainment and covers its employment for education, training, information and promotion, featuring interviews with some of the industry’s biggest names.

Chapter 2 — Backwater to Mainstream: The Growth of Digital Entertainment

Chapter 3 — Interactivity and Its Effects

PART 4 Media and Models: Under the Hood

Chapter 16 — What Are Immersive Media?

Chapter 20 — Working as a Digital Storyteller

Carolyn Handler Miller is one of the pioneering writers in the field of digital media, moving into the field after a successful career in TV and feature films. As a writer of New Media content, a profession she calls "digital storytelling," Carolyn’s projects include video games, virtual worlds, and Web series; intelligent toy systems; and transmedia entertainment. She was a contributing writer for the classic "Where in the World is Carmen San Diego?" series of games and wrote the interactive version of the original Toy Story movie for Disney and Pixar. She’s an international speaker on New Media (Rome, Paris, the UK, South Africa, Malaysia, and Australia) and works as a consultant on digital media projects for a roster of national and international clients.