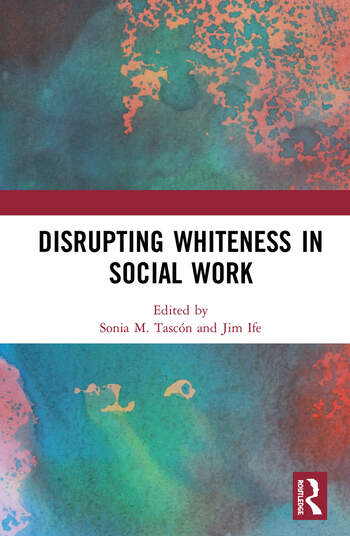 Focussing on the epistemic – the way in which knowledge is understood,

transmitted and used – this book shows the way social work

knowledge has been constructed from within a white western paradigm, and

the need for a critique of whiteness within social work at this epistemic level.

Social work, emerging from the western Enlightenment world, has privileged

white western knowledge in ways that have been, until recently, largely unexamined

within its professional discourse. This imposition of white western

of knowledge. Drawing on views from social workers from Asia, the Pacific

of over 40 commonly used social work terms, which are listed with their epistemological

assumptions identified. Opening up a debate about the received

assumptions behind conventional social work practice, this book will be

is a Lecturer in Social Work at Western Sydney University. A descendant of the Chilean Indigenous Mapuche Nation, a fact she discovered later in life, she is now committed to understanding and incorporating her indigeneity into her self-identification. Her lengthy academic career has almost completely focused on issues of race, whiteness, diaspora, and refugee and migrant rights. As a social work/ human rights practitioner her practice incorporated Indigenous health, youth and child mental health, as well as child protection, always with a concern for race as a dimension of inequality. In her later academic life, she took a turn towards the creative visual arts, always maintaining a race analysis and focus on communities as sources of sustenance. Her current interest lies on disrupting white epistemologies in social work and beyond, as a foundational means of achieving decolonisation.