This book describes a cross-domain architecture and design tools for networked complex systems where application subsystems of different criticality coexist and interact on networked multi-core chips. The architecture leverages multi-core platforms for a hierarchical system perspective of mixed-criticality applications. This system perspective is realized by virtualization to establish security, safety and real-time performance. The impact further includes a reduction of time-to-market, decreased development, deployment and maintenance cost, and the exploitation of the economies of scale through cross-domain components and tools.

The information in this book will be extremely useful to industry leaders who design and manufacture products with distributed embedded systems in mixed-criticality use-cases. It will also benefit suppliers of embedded components or development tools used in this area. As an educational tool, this material can be used to teach students and working professionals in areas including embedded systems, computer networks, system architecture, dependability, real-time systems, and avionics, wind-power and health-care systems.

Hamidreza Ahmadian is a research assistant at the Chair for Embedded Systems of University of Siegen. He studied electrical engineering at University of Tehran. In 2012, Hamidreza Ahmadian finished his Master studies in Mechatronics at University of Siegen and started as a research assistant at "Zentrum für SensorSysteme (ZESS)" in the field of wireless sensor networks. Since August 2013, he has conducted research in the area of network-on-chips in mixed-criticality and dependable systems. In addition, he participated in the European projects DREAMS and SAFEPOWER in the field of time-triggered and event-triggered on-chip communication in safety-critical embedded systems.

is full professor for Embedded Systems at the Department of Electrical Engineering and Computer Science of the University of Siegen in Germany. He studied computer sciences at Vienna University of Technology and received the Master's degree in 2001. In February 2004, Roman Obermaisser finished his doctoral studies in Computer Science with Prof. Hermann Kopetz at Vienna University of Technology as research advisor. In July 2009, Roman Obermaisser received the habilitation ("Venia docendi") certificate for Technical Computer Science. Roman Obermaisser is the author of numerous journal papers, books, and conference publications. The research activities of Roman Obermaisser are tightly integrated into the international research in the area of embedded systems. He participated in European research projects (e.g. universAAL, DECOS, NextTTA, INDEXYS) and was the coordinator of the FP7 research projects GENESYS (GENeric Embedded SYStem Platform), ACROSS (Artemis Cross-Domain Architecture) and DREAMS (Distributed REal-time Architecture for Mixed criticality Systems).

Roman Obermaisser was also member of the working groups "reference esigns/architectures" and "middleware/seamless connectivity" in the European technology platform ARTEMIS, where a roadmap for European research in the area of embedded systems was defined. His leading role in the scientific community is shown through the chairing and participation in many program committees. The research of Roman Obermaisser focuses on system architectures, which provide the scientific and engineering foundation for the construction of embedded systems. The goals of his research are to discover design principles and to develop platform services that enable a component-based development of embedded systems in such a way that the ensuing systems can be built cost effectively and exhibit key non-functional properties (e.g. dependability, timeliness, composability, maintainability). The investigations of Roman Obermaisser have resulted in contributions ranging from conceptual models of component-based system architectures, to model-based development solutions, to distributed algorithms for fault-tolerance and embedded operating system technologies for safety-relevant applications.

Head of the Dependable Embedded Systems Department at IK4-Ikerlan research center. He has worked for more than ten years in the development of safety-critical systems for different domains, such as railway signaling systems (SIL4 ERTMS/ETCS), machinery (SIL3/Pld) and wind turbine protection system (SIL3/Pld). He has previously worked for Motorola Semiconductor in the field of multicore DSPs. His research interests focus on dependable and safety-critical embedded systems. He has collaborated in multiple European research projects in this field, such as GENESYS, MULTIPARTES, PROXIMA, DREAMS, SAFEPOWER and SAFE4RAIL. He received a B. Eng in Industrial Electronics and Robotics at Mondragon University, a M.Sc. in Electronics & Electrical Engineering with distinction at the University of Glasgow and he finished his doctoral studies in Computer Science at TU Wien in the field of safety-critical embedded systems. 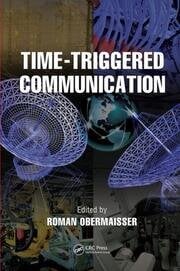 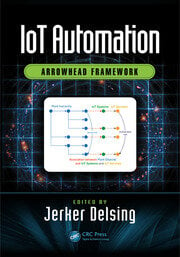 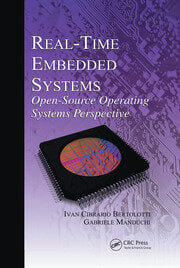