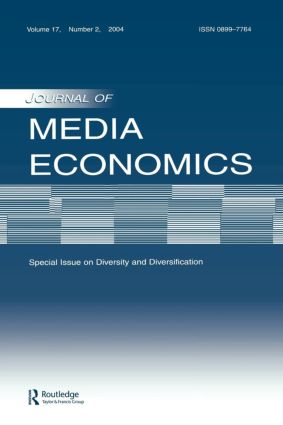 A Special Issue of the journal of Media Economics, 1st Edition

This special issue of the Journal of Media Economics deals with diversity and diversification. Diversity, especially in broadcast programming, has played a major role in policy discussions on both sides of the Atlantic. The reason for the importance of the construct, however, is not often made explicit. Diversity in media content is important because the greater the variety or breadth of media content the greater the probability that media consumers can obtain utility or gratification from that content. Conversely, low diversity in media content means that consumers encounter fewer opportunities to obtain utility or gratification. Hence, consumer welfare is served by greater rather than lesser diversity.

The articles in this issue are suitably diverse in the media industries on which they focus and in the countries represented by their authors. Van Kranenburg, Hagedoorn and Pennings take the publishing industry as their subject while Moreau and Peltier have researched the film industry. Einstein and McDonald and Lin report findings on diversity in the US television industry, albeit in different time periods.