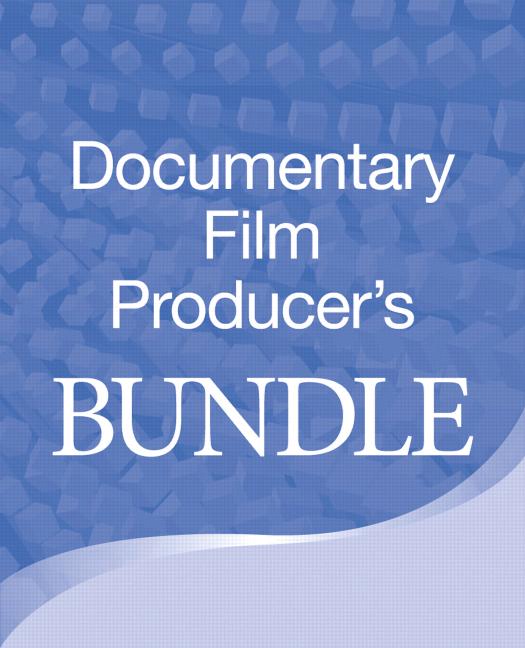 So you want to make a documentary, but think you don't have a lot of time, money, or experience? Get everything you need to start with this essential Documentary Film Producer's bundle! The Shut Up and Shoot Documentary Guide cuts right to the chase and reveals the secrets of making a documentary better, faster, and cheaper. Get started NOW with this book and DVD set, a one-stop shop written by a guerrilla filmmaker, for guerrilla filmmakers. Documentary Storytelling offers a unique in-depth look at story and structure as applied to films and videos based on factual material and the drama of real life. This practical guide offers advice for every stage of production, from research and proposal writing to shooting and editing.Save time - don't shop around for different books Get experience - combine in-depth theory and structure with straight to the point practical guidanceSave money - bundled together for the first time, this is the best value information you will find!

Anthony Q. Artis (prn. /ant-nee art-iss/) originally hails from Baltimore, Maryland, and has made his home in New York City for most of the last 15 years. There he has honed his skills as a straight up digital guerrilla. He has worked professionally in positions as diverse as producer, gaffer, cinematographer, and narrative projects and survived more low-budget shoots than he cares to admit. His feature films and TV shows have screened at the Tribeca Film Festival, the IFP Market, Slamdance, Cinequest, as well as on MTV, The Independent Film Channel and The special-FX make up, sound mixer, and location manager just to name a few. Anthony is a graduate of New York University's Tisch School of the Arts. Since graduating, he has crewed and produced a variety of television, documentary Education Channel. Most notably, he produced the feature film, Shelter which won first prize for Emerging Narratives at the 2003 IFP Market along with many other awards on the festival circuit. Anthony can be seen in full guerrilla action as Associate Producer, Gaffer, and 2nd Unit DP in the feature documentary, Paper Chasers, which chronicles the hip-hop music industry and the down and dirty making of a low-budget guerrilla doc. Through the years Anthony has organized numerous student film festivals and trained hundreds of aspiring guerrilla filmmakers for major institutions, including New York University, New York City's famed LaGuardia High School for the Performing Arts, and Baltimore County Public Schools. Anthony is presently the manager of the Film and TV Production Center at N.Y.U.'s Tisch School of the Arts where he coordinates the technical training and production equipment for all film and TV students. He most recently launched the Down and Dirty DV Podcast on iTunes and is currently producing an instructional series of guerrilla filmmaking books, DVD's, and boot camps. He remains an active guerrilla filmmaker, educator and "artrepreneur.
Sheila Curran Bernard is an Emmy and Peabody Award-winning filmmaker and the author of Documentary Storytelling, a best selling guide to story and structure in nonfiction filmmaking, and