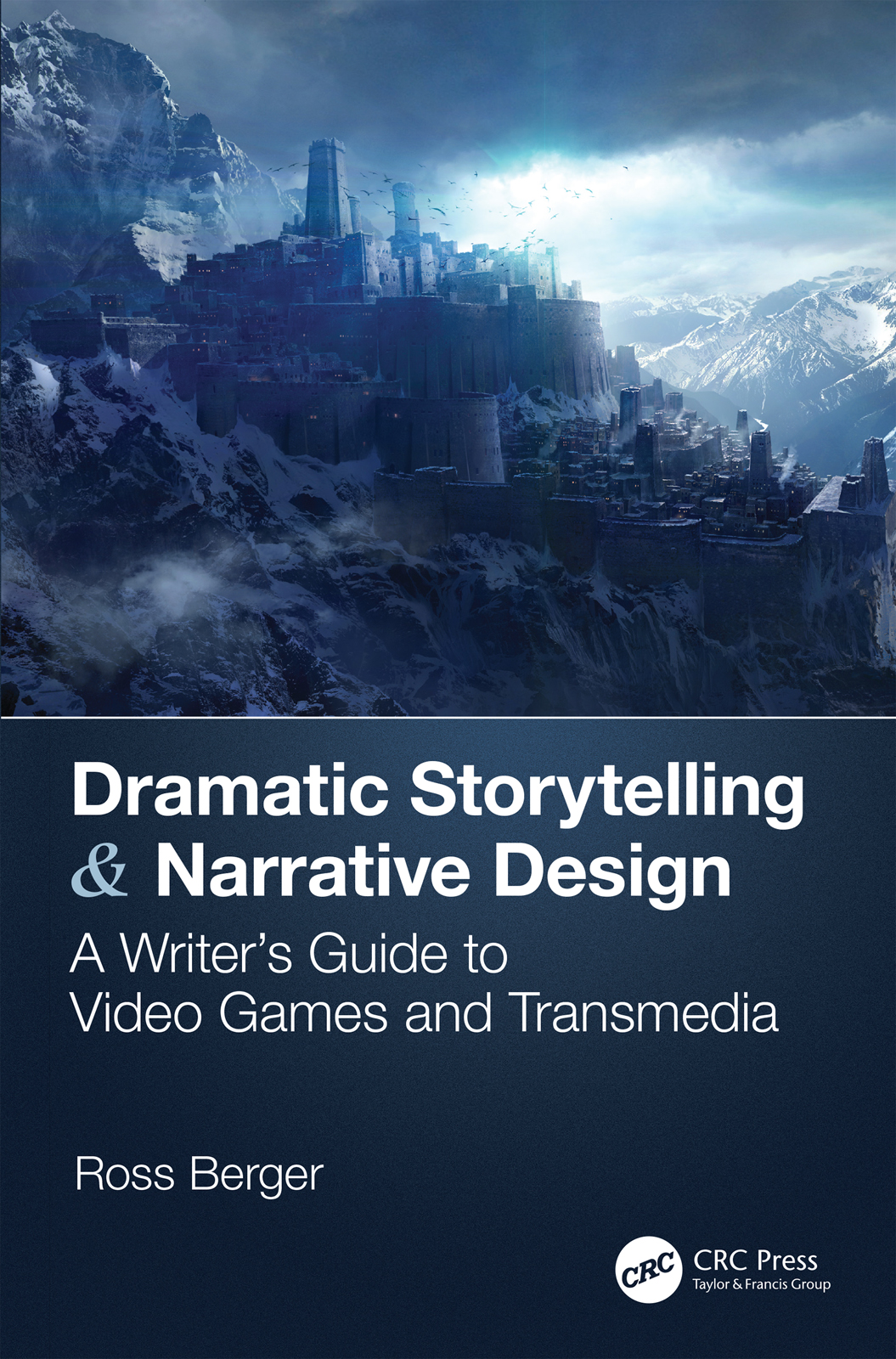 A Writer’s Guide to Video Games and Transmedia, 1st Edition

This book provides an industry professional’s firsthand POV into narrative design’s practical usage, day-to-day roles and responsibilities, and keys to breaking in and succeeding. The book will also delve into the foundations of compelling storytelling through structural analysis and character archetype breakdowns. The author widens the understanding of game narrative to include examples from other media. He will also break the structure down of two popular games and show how the structural elements are applied in practice. In addition to discussing industry trends (including Fortnite, Twitch, and Netflix’s interactive TV shows), the author illustrates how the leveraging of transmedia can make a video game franchise enduring over time. Because media appetites are radically changing, designing a story experience across various media outlets is not only preferable to meet the high demands of millennial and GenZ consumers; it’s necessary as well.

Chapter 1: What is Narrative Design? Chapter 2: Five Examples of Narrative Design Chapter 3: What is Transmedia?. Chapter 4: IV. How do games and transmedia work together? Chapter 5: Rules for Success . Chapter 6:Transferable Roles outside of games Chapter 7:The Future

Ross Berger started his writing career as a playwright in New York, where he received the Cherry Lane Mentorship Fellowship, the Dramatists Guild Playwriting Fellowship, and the Ensemble Studio Theatre’s Next-Step Fellowship. In 2004, he co-wrote the Emmy-submitted, Sweeps Week episode "Gov Love" for NBC’s Law & Order.

Since 2007, his career has been part Hollywood and part Silicon Valley. Ross bridges the gap between the two by designing, writing, and producing story experiences across traditional and new media platforms. Credits include the Webby-Award winning LonelyGirl15 (2007-2008), the Obama Girl franchise (2007-2008), and the Matt Damon/Ben Affleck-produced show The Runner (2016). In the video game industry, Ross was the senior narrative designer for Microsoft Studios and Electronic Arts for such titles as Quantum Break (2016), Sunset Overdrive (2014), and the NBA Live (2017-2019) franchise. Ross’ first console title was CSI: Deadly Intent (2009), where he learned video game storytelling from the former masters of game narrative, Telltale Games. (Rest in peace.)

Ross has also worked heavily in Virtual Reality as a writer for the Oculus Rift launch title Farlands (2016) and the award-winning Eclipse: Edge of Light (2017) for the Google Daydream and Oculus Go.

Ross is also a published author, a former animation writer, and a one-time scenario writer of a board game. A graduate of Brandeis (BA, Philosophy) and Columbia (MFA, Playwriting) universities, Ross is a member of the Writers Guild of America and the Television Academy.