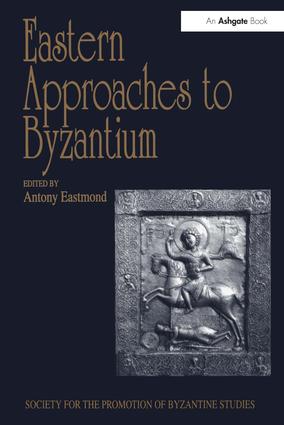 The eastern frontier of Byzantium and the interaction of the peoples that lived along it are the themes of this book. With a focus on the ninth to thirteenth centuries and dealing with both art history and history, the essays provide reconsiderations of Byzantine policy on its eastern borders, new interpretations and new materials on Byzantine relations with the Georgians, Armenians and Seljuqs, as well as studies on the writing of history among these peoples. Presenting research from Russia and Georgia as well as Europe and the USA, the contributors stress the interaction and interdependence of all the peoples along this frontier zone, and consider the different ways in which the political and cultural power of Byzantium was appropriated. They provide important comparative evidence for the relationship between local and Byzantine cultures, and open up new avenues for research into the history of eastern Anatolia and the Caucasus. The volume arises from the thirty-third Spring Symposium of Byzantine Studies held at the University of Warwick in March 1999.

'… a stimulating and substantial addition to research.' Byzantine and Modern Greek Studies '… this collection of studies has an interest which far transcends the antiquarian, for there are very important things to take away from it… a learned and thought provoking volume… a fascinating work…' Parergon 'In a short review it is not possible to do justice to the rich and varied fare this volume contains. It is enough to say that it has fashioned a context that sheds interesting new light on Byzantium's position in the world.' Journal of Ecclesiastical History

Anthony Eastmond is Reader in the History of Byzantine Art at the Courtauld Institute of Art, University of London, UK

Publications of the Society for the Promotion of Byzantine Studies

This series publishes a selection of papers delivered at the annual British Spring Symposium of Byzantine Studies, now held under the auspices of the Society for the Promotion of Byzantine Studies. These meetings began fifty years ago in the University of Birmingham and have built an international reputation. Themes cover all aspects of Byzantine history and culture, with papers presented by chosen experts. Selected papers from the symposia have been published regularly since 1992 in a series of titles which have themselves become established as major contributions to the study of the Byzantine world.