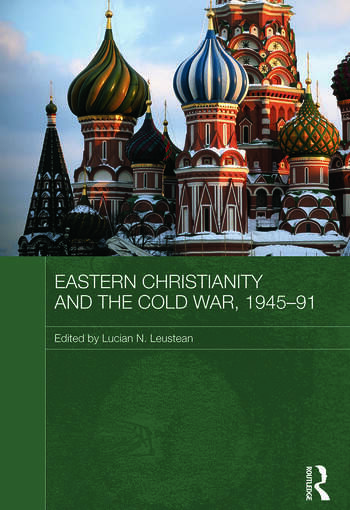 Despite widespread persecution, Orthodox churches not only survived the Cold War period but levels of religiosity in Orthodox countries remained significant. This book examines the often surprising relations between Orthodox churches and political regimes. It provides a comprehensive overview of the dynamics between Eastern Christianity and politics from the end of the Second World War to the fall of communism, covering 40 Orthodox churches including diasporic churches in Africa, Asia, America and Australia. Based on research from recently-opened archives and publications in a wide range of European languages, it analyses church-state relations on both sides of the Iron Curtain. It discusses the following key themes: the relationship between Orthodox churches and political power; religious resistance to communism; the political control of churches; religion and propaganda; monasticism and theological publications; religious diplomacy within the Orthodox commonwealth; and religious contacts between East and West.

Lucian N. Leustean is Lecturer in Politics and International Relations at Aston University, Birmingham, UK. He is the author of Orthodoxy and the Cold War: Religion and Political Power in Romania, 1947-65 (2009) and co-editor with John Madeley of Religion, Politics and Law in the European Union (Routledge, 2009).

"The book is packed with information on Orthodoxy in the second half of the twentieth century and does a very good job in describing its variety and breadth, particularly its encounter with eastern European Communism. It will help students and others familiarise themselves with this important phenomenon." - William Taylor, Chairman, Anglican & Eastern Churches Association, March 2010

"A comprehensive, concise and up-to-date overview, this collection of articles is a praiseworthy initiative and fills a gap in the literature on the contemporary Orthodox world; it will serve as handbook for scholars of Orthodoxy as well as for a wider interested public...The volume...is a valuable contribution to the literature about Eastern Christianity, and the well-documented articles and general bibliography at the end provide a straightforward gateway into the theme of contemporary Orthodoxy." - Kristina Stoeckl, Religion, State and Society, 38:3, 2010

"Studies of the Russian Church under Communism? Yes, there have been many. Studies of the Romanian, Serbian and Bulgarian Orthodox Churches? You have to work hard to find them. The Georgian, Polish, Macedonian Orthodox Churches? This book has them, but it goes far beyond that, including chapters on the Orthodox Churches in Greece, Cyprus, Finland, Ethiopia, and many others in the period from the end of the Second World War to the collapse of communism in 1991 […] This is an undertaking never before attempted, an encyclopaedia of sorts" - Michael Bourdeaux, Church Times, 11 May 2010

"The volume includes articles on large and small national Churches from eastern Europe to the Caucasus; autonomous and semi-autonomous Churches from Finland to Ethiopia; Orthodox minority groups and diaspora communities from USA to India and China; provides the names of the important religious leaders and the titles of the main religious publications; presents statistical figures and lists recent bibliographical references and, quite thoughtfully, even adding a list of topics that are not (yet) sufficiently researched. As a result, the reader is presented with a tour de force of world Orthodoxy within a specific historical framework - a useful tool for teachers and students of history, sociology, and political sciences." - Inna Naletova, Journal of Religion in Europe

"This is a volume which offers much to anyone interested, for whatever reason, in how Eastern Christianity fared during the Cold War. With its extensive reliance on recently opened archives, this book unquestionably offers genuine advances on previous studies. It is a volume which should be added to the libraries of many seminaries and any university offering undergraduate courses or graduate programs in Eastern European studies." - James R. Payton, Jr., Redeemer University College, Ancaster ON, Canada; RELIGION IN EASTERN EUROPE XXXI, 2 (May 2011)