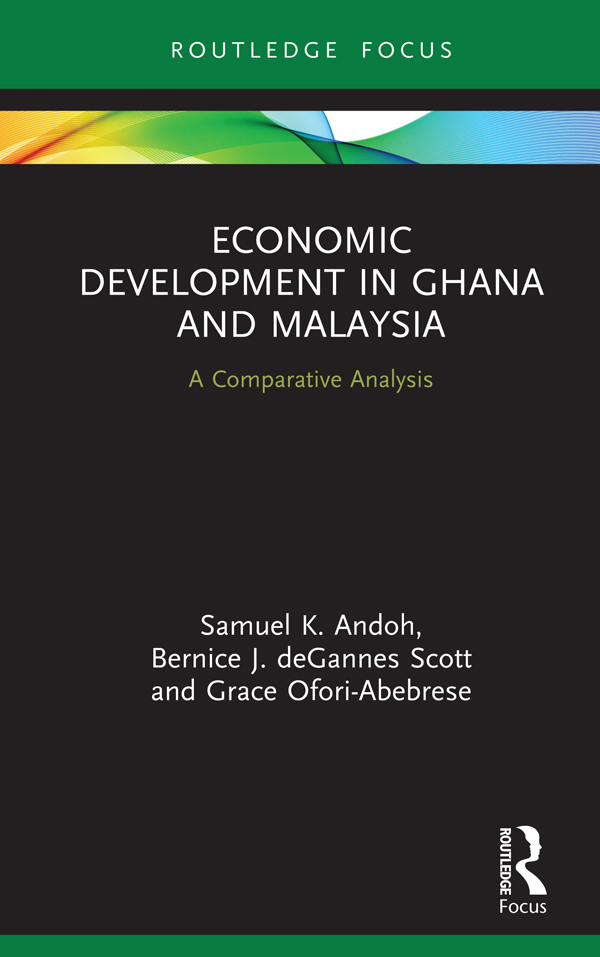 Economic Development in Ghana and Malaysia

Economic Development in Ghana and Malaysia investigates why two countries that appeared to be at more or less the same stage of economic development at one point in time have diverged so substantially.

At the time of their independence from the UK in 1957, both Ghana and Malaysia were at roughly the same stage of economic development; in fact, Ghana’s real per capita income was slightly ahead of Malaysia’s. Since then, Ghana’s development has been sluggish, while Malaysia’s economy has taken off into sustained growth and today, the real per capita income of Malaysia is about five times that of Ghana. This volume examines the pre-colonial and colonial economies of both countries, and the economic policies pursued after independence. In doing so, it aims to identify policies which might have contributed to Malaysia’s development and those which might have slowed Ghana’s. The authors ask whether lessons can be learned from the successes of countries such as Malaysia.

This detailed comparative analysis will be useful to students and researchers of development economics as well as public policy makers in developing countries. It is written in language which makes it accessible to the general reader.

2. Ghana and Malaysia: Pre and Post-Colonial Economic Planning and Policies

4. Survey of the Literature: Determinants of Economic Growth in Ghana

5. Determinants of Economic Growth in Malaysia: Survey of the Literature

Samuel K. Andoh is Professor of Economics and currently the Director of the MBA Program at Southern Connecticut State University in New Haven, Connecticut, USA. In the past he served as Chair of the Economics and Finance Department and also as Dean of the School of Business. He spent a semester as a Senior Fulbright Scholar in Azerbaijan.

is Senior Lecturer at the Department of Economics, Kwame Nkrumah University of Science and Technology, Kumasi, Ghana.