Economic Woman
Gendering Inequality in the Age of Capital 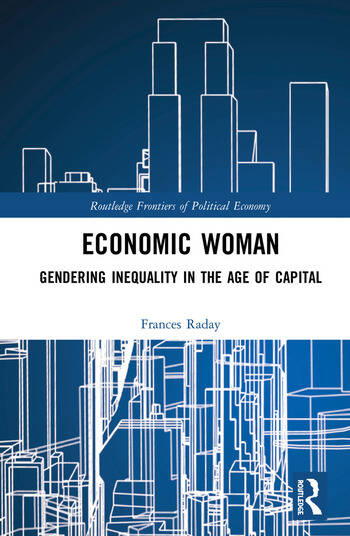 Economic Woman: Gendering Inequality in the Age of Capital

Emphasising the international human rights guarantees of women’s right to equality in all fields of life, the author documents woman’s increased participation in political, public, financial and corporate institutions, employment and entrepreneurship, with some women reaching high profile positions. Nevertheless, using global data, she reveals that economic woman lags behind, with a severe economic power deficit, an unfulfilled promise of equal employment opportunity, a gendered impact of poverty and barriers to gender equality in the family. The book analyses the trap of women’s increased burden of breadwinning in the context of discriminatory laws and practices, infrastructural failures and policy gaps, which preempt achievement of gender equality in economic life.

The book is intended for the general reader, academics, students, policy makers and NGOs. It shows economic woman at a global crossroads between a universal paradigm of gender equality and pervasive barriers to equal economic opportunity. The author demonstrates that tackling gender inequality, restoring welfare priorities and reducing economic inequality are inextricably linked. Human rights and governments have a vital role to play in addressing them all, to create a sustainable economic infrastructure for the lives of women and men.

Frances Raday is Director of the Concord Center for International Human Rights Law at COLMAN. Her career combines academic research and teaching with human rights activism. She has acted from 2000 to 2018, as a UN independent human rights expert, first on the CEDAW Committee and subsequently as a Special Rapporteur for the Human Rights Council. She has litigated cutting-edge human rights cases, including on issues of women’s right to equality in political, economic and religious contexts; TU freedoms; migrant and OPT workers’ rights; and human rights education. She has submitted expert opinions to courts in the UK and Brazil, regarding the right to abortion, and, in the US, regarding inventor’s patent rights. Raday is Professor Emerita, Hebrew University, Lieberman Chair for Labour Law; Honorary Professor, University College London; and Doctor Honoris, University of Copenhagen. She is the author of numerous books and articles, in the academic and the popular press, on international human rights law; labour law; religion and human rights; and feminist legal theory.

"In this remarkable book, Frances Raday uses the innovative concept of ‘economic woman’ to expose the foundational flaws in modern economic policies and realities which belie the promises of women’s universal human right to equality. Bringing together an unparalleled richness of data from many countries in the world, she once again demonstrates the incisiveness and originality of her analytic perspectives, revealing the many ways in which the invisibility of ‘economic woman’ facilitates and perpetuates economic inequality. This is a book which must be read." — Sandra Fredman, Rhodes Professor of the Laws of the British Commonwealth and the USA at Oxford University, Fellow of the British Academy and Honorary Professor of Law at the University of Cape Town

"Raday’s highly readable, sobering and incisive critique of women’s economic status under neo-liberal capitalism in varying contexts is an urgent reminder that human rights and governments play a vital role in reversing inequality today. She argues persuasively that reducing gender inequality is central to this task, rather than a byproduct. Her call for utilizing universal human rights norms and strategies in the economic sphere, based on understanding both the intersectional diversity of women’s lives, as well as their shared burdens like care giving, provides a framework for going forward. Economic Woman should inform and inspire belief that things can be better and action to make it so." — Charlotte Bunch, Distinguished Professor, Rutgers University and Founder, Center for Women’s Global Leadership