Education and the Production of Space
Political Pedagogy, Geography, and Urban Revolution 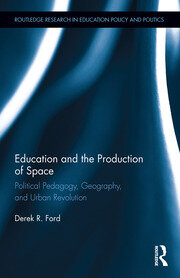 Education and the Production of Space: Political Pedagogy, Geography, and Urban Revolution

Emerging from a radical pedagogical tradition, Education and the Production of Space deepens and extends Henri Lefebvre’s insights on revolutionary praxis by revealing the intimate relationship between education and the production of space. Synthesizing educational theory, Marxist theory, and critical geography, the book articulates a revolutionary political pedagogy, one that emerges as a break from within—and against—critical pedagogy. Ford investigates the role of space in the context of emerging social movements and urban rebellions, with a focus on the Baltimore Rebellion of 2015, and shows how processes of learning, studying, and teaching can help us produce space differently, in a manner aligned with our needs and desires. 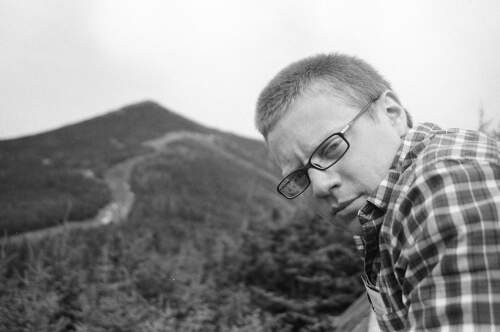 "In Education and the Production of Space, Ford merges critical geography and critical educational theory to explore the role of education in disrupting capitalist relations through community struggle. Part of the new generation of Marxist educational scholars, Ford helps forge a revolutionary political pedagogy consistent for our tumultuous times."

"This book offers a deliberate, provocative and accessible delineation of a revolutionary political pedagogy of space that takes the reader on an electrifying intellectual journey to thoughtfully contemplate the revolutionary discourses of Marxist theory and critical geography even while mapping the limits of critical pedagogy in contemporary educational thought. Rich in both historical and theoretical analyses, Ford deftly brings the reader to the present and to the heart of the revolution--the city of Baltimore--where he shows us how a revolutionary pedagogy of space operating through the triad of learning, teaching and studying offers promising possibilities in the struggle for the right to the city.  This book is essential reading for all those invested in asking the seemingly simple question: What does a pedagogy oriented towards revolution demand?"

--Nirmala Erevelles, Professor of Social and Cultural Studies in Education, The University of Alabama

"With typical clarity and forcefulness, Derek Ford makes a compelling case that it is high time critical pedagogy be replaced by pointed, militant, revolutionary pedagogy.  Revolutionary pedagogy, Ford convincingly argues, has to be pedagogy in, about, and especially for space.  Drawing inspiration from radical geographers and reformulating what it means to learn, study, and teach, Ford makes the case that militant pedagogues must and will be on the front lines of the coming urban revolution.  You won’t agree with all Ford writes in Education and the Production of Space--if you do, you’ve missed his point entirely about what studying is good for--but you will be impressed with how he weaves together a remade, radical pedagogic theory with spatial theory to show how both together are necessary weapons in the global class war."

"Derek R. Ford, a bold an innovative voice in education and emerging social movements, charts new territory here in his announced break with the tradition of critical pedagogy and his exploration of ‘revolutionary political pedagogy.’ Ford's scholarly contribution jumps forward from the real spaces that serve as the front lines of intensifying class conflicts in the streets of urban centers in the very heartland of imperialism."

"Deserving careful attention from geographers and educators, Ford's at once scholarly and iconoclastic book heralds a promising academic future."

"Derek Ford is one of the brightest and the most promising representatives of the latest generation of American radical educators. He firmly stands on the shoulders of the movement of critical pedagogy, but is not afraid to challenge and reinvent the works of his predecessors in and for the age of global capitalism. He brings the attention of radical educators to important issues pertaining to (the production of) space, minimizes theorizing, and builds on experiences from activist movements. Education and the Production of Space is easy to read, yet brings about important and powerful messages. We can therefore only hope that Ford will continue doing this important work"

"Education and the Production of Space is a powerful manifesto which announces the new, contemporary generation of radical educators, and connects revolutionary political pedagogy with theory and practice of production of space. The book is short yet complete; succinct yet well rounded; accessible yet complex."