Elements for Radio Frequency Energy Harvesting and Wireless Power Transfer Applications specifically focuses on radio frequency energy harvesting (RFEH) and comprehensively introduces the circuit design for RFEH and wireless power transfer (WPT) applications. It provides a systematic overview of key components for RFEH and wireless transfer applications. The book serves as a single point of reference for practicing engineers and researchers who search for potential sources and elements involved in RFEH, and need rapid training and design guidelines in the following areas:

Taimoor Khan is presently Assistant Professor in the Department of Electronics and Communication Engineering at National Institute of Technology Silchar, India where he serves as a full time faculty member since 2014. During September-December 2016, he has worked as a Visiting Assistant Professor in Telecommunication Field of Study at Asian Institute of Technology, Bangkok, Thailand under Secondment Programme of Ministry of HRD, Govt. of India. Prior to joining NIT Silchar, he served several organizations like: Delhi Technological University (Formerly Delhi College of Engineering), Govt. of NCT of Delhi, Delhi, India as an Assistant Professor for more than two years; Netaji Subhas Institute of Technology Patna, India as an Associate Professor and Head of the Department for one and half year and Shobhit Institute of Engineering and Technology, Meerut, Uttar Pradesh, India as a Lab Instructor, Lecturer and Assistant Professor for more than nine years. Dr. Khan had awarded his Ph.D. Degree in Electronics and Communication Engineering from National Institute of Technology Patna, India in the year 2014. He obtained his master’s in communication engineering from Shobhit Institute of Engineering and Technology (A Deemed University), Meerut, Uttar Pradesh, India in 2009; Bachelor Degree in Electronics and Communication Engineering from The Institution of Engineers (India), Kolkata, India in the year 2005 and Polytechnic Diploma in Electronics Engineering from Government Polytechnic Saharanpur, Uttar Pradesh, India in 2001. His active research interest includes Communication Engineering, Printed Microwave and Millimetre Wave Circuits, Electromagnetic Bandgap Structures, Computational Electromagnetics and Artificial Intelligence Paradigms in Electromagnetics. He has published over fifty five research papers in international journals of repute like; IEEE, IET, Wiley, Taylor and Francis, Cambridge University, Progress in Electromagnetic research, etc. as well as in international/national conference proceedings including URSI GASS, European Microwave Week, AEMC, APACE, ISMOT, etc. Dr. Khan is also executing a research project funded by Science and Engineering Research Board (SERB), Department of Science and Technology (DST), Govt. of India.

Nasimuddin is a scientist at the Institute for Infocomm Research, Agency for Science, Technology and Research (A-STAR), Singapore. He received his Bachelor Degree in 1994 from Jamia Millia Islamia, New Delhi, India, and Master Degree in Microwave Electronics and Ph.D. degree in 1998 and 2004, respectively, from the University of Delhi, India. Then he has worked as an Australian Postdoctoral Research Fellow during 2004-2006 in awarded Discovery project grant from Australian Research Council for project entitled “Microwave sensor based on multilayered microstrip patch/line resonators” at the Macquarie University, Australia. After completing his post doc from Macquarie University Australia, he joined Institute for Infocomm Research Singapore as a Scientist in 2006 and still he is serving this R&D organization in Singapore. He has worked as a Senior Research Fellow during 1999-2003 in DST sponsored project on “Optical Control of Passive Microwave Devices” and Council of Scientific and Industrial Research (CSIR), Government of India, senior research fellowship in Engineering Science for the project entitled “Investigations of microstrip antennas as a sensor for determination of complex dielectric constant of materials” at Department of Electronic Science, University of Delhi, India. He has published 150+ journal and conference technical papers on microstrip based microwave antennas and components including 50+ papers in core IEEE Journals/letters/magazines. His research work has been cited by other researchers more than 1200+ times. Dr. Nasimuddin also has Three Technology Licenses to the Industries and Six technology disclosures to his credit and has 137, 000 Aus$ research grant. He is a Senior Member of the IEEE as well as the IEEE Antennas and Propagation Society. He was awarded a senior research fellowship from the Council of Scientific and Industrial Research, Government of India in Engineering Science (2001-2003); a Discovery Projects fellowship from the Australian Research Council (2004-2006); the Young Scientist Award from the International Union of Radio Science (URSI) in 2005 and Singapore Manufacturing Federation Award (with project team) in 2014. He is the technical reviewer as well as technical program committee member of several journals of repute like IEEE Transactions on Antennas and Propagation, IEEE Antennas and Propagation Magazine, IEEE Antennas Wireless Propagation letters, IET Microwaves, Antennas and Propagation, IET Electronics Letters, International Journal of RF and Microwave Computer-Aided Engineering, International Journal on Antennas and Propagations, AEU International Journal of Electronics and Communications, Journal of Electromagnetic Waves and Applications, etc. 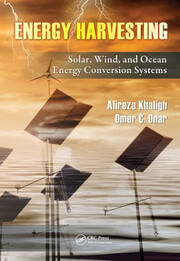 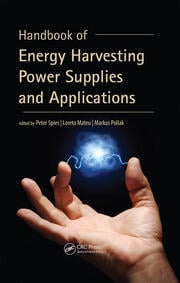 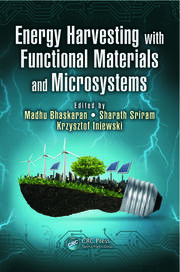