Emerging Powers and the UN
What Kind of Development Partnership? 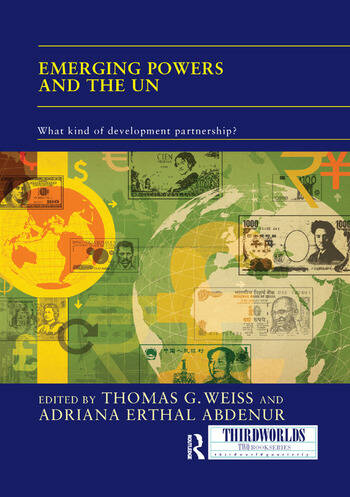 Emerging Powers and the UN: What Kind of Development Partnership?

The post-2015 sustainable development goals and the changing environment for development cooperation requires a renewed and transformed UN system. In line with their increasing significance as economic powers, a growing number of emerging countries will play an expanded role in the UN system, which could take the form of growing financial contributions, greater presence in governance, higher staff representation, a stronger voice in development deliberations, and a greater overall influence on the development agenda.

Emerging Powers and the UN

explores in depth the relationship of these countries on the world stage and their role in the future UN development system. Formally, the relationship is through representation as member states (first UN) and also UN staff (second UN). However, the importance of civil society and market actors (third UN) in emerging countries is also growing. This book was originally published as a special issue of Third World Quarterly.

Part I – Inequalities And Multilateralism: Revisiting The North-South Axis

2. South–South cooperation and the international development battlefield: between the OECD and the UN Paulo Esteves and Manaíra Assunção

3. How representative are BRICS? Ramesh Thakur

4. Financing the UN development system and the future of multilateralism Bruce Jenks

5. Emerging powers at the UN: ducking for cover? Silke Weinlich

is Professor of International Relations at the Pontifical Catholic University in Rio de Janeiro, Brazil, and General Coordinator of the BRICS Policy Center.