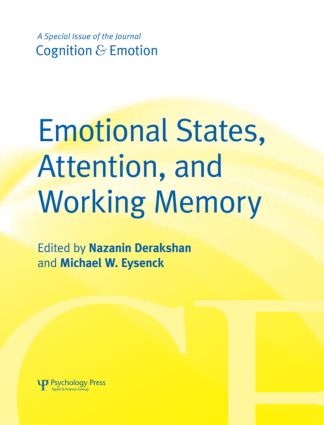 This Special Issue is concerned with the effects of three emotional states (positive affect; anxiety; and depression) on performance. More specifically, the contributors focus on the potential mediating effects of attention and of executive processes of working memory. The evidence discussed suggests that anxiety and depression both impair the executive functions of shifting and inhibition, in part due to task-irrelevant processing (e.g., rumination; worry). In contrast, positive affect seems to enhance the shifting function and does not impair the inhibition function. The complicating role of motivational intensity is also discussed, as are implications for future research.

Special Issues of Cognition and Emotion