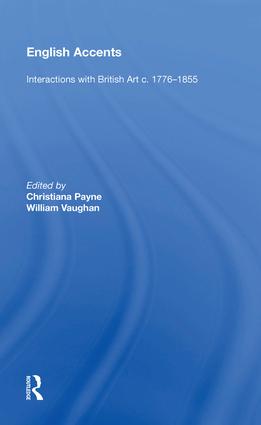 In the century following the foundation of the Royal Academy in 1768, British art had an international reputation: prints spread knowledge of the work of British artists around the globe, and it was widely seen as the product of a modern, commercial society, and much admired by artists as diverse as Goya in Spain, Delacroix in France, and Bierstadt in America. In recent years, scholars working on this period have become increasingly aware of the international context of their subject, but there has been no systematic analysis of the reception of British art abroad. This collection of essays looks at the uses made of the paintings of Reynolds, Hogarth, Lawrence and their contemporaries on the continent of Europe, and in the colonies and ex-colonies of Australia and America. The authors go beyond the simple issue of 'influence' to consider how ideas and artistic conventions originating in the British Isles were adapted, appropriated or resisted in these new environments. In the process, some surprising views of British art emerge, demonstrating how a multi-faceted view from the outside can correct and enrich the narrative produced within a national school, and revealing some of the important connections that are obscured when art is studied, as it so often is, within narrow national boundaries.