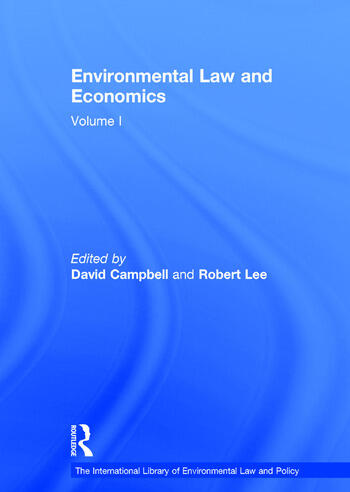 The regulation of environmental pollution has long been a serious subject of study for scholars of economic analysis of law. This two volume collection explores central issues in the relationship between these two topics. It includes material on private law and property rights, presenting a critique of market failure and asking questions about the role of tort law remedies in regulating the environment. It is concerned not only with the remedies as such, but also with the impact of the common law in shaping the behaviour of actors in the market. It then moves on to issues of public law and interventions in market arrangements, looking at events of market failure, the idea of pollution as an externality, modes of regulation and instances of regulatory failure. These volumes contain the classic law and economics literature relating to environmental regulation, creating an indispensable source of reference.