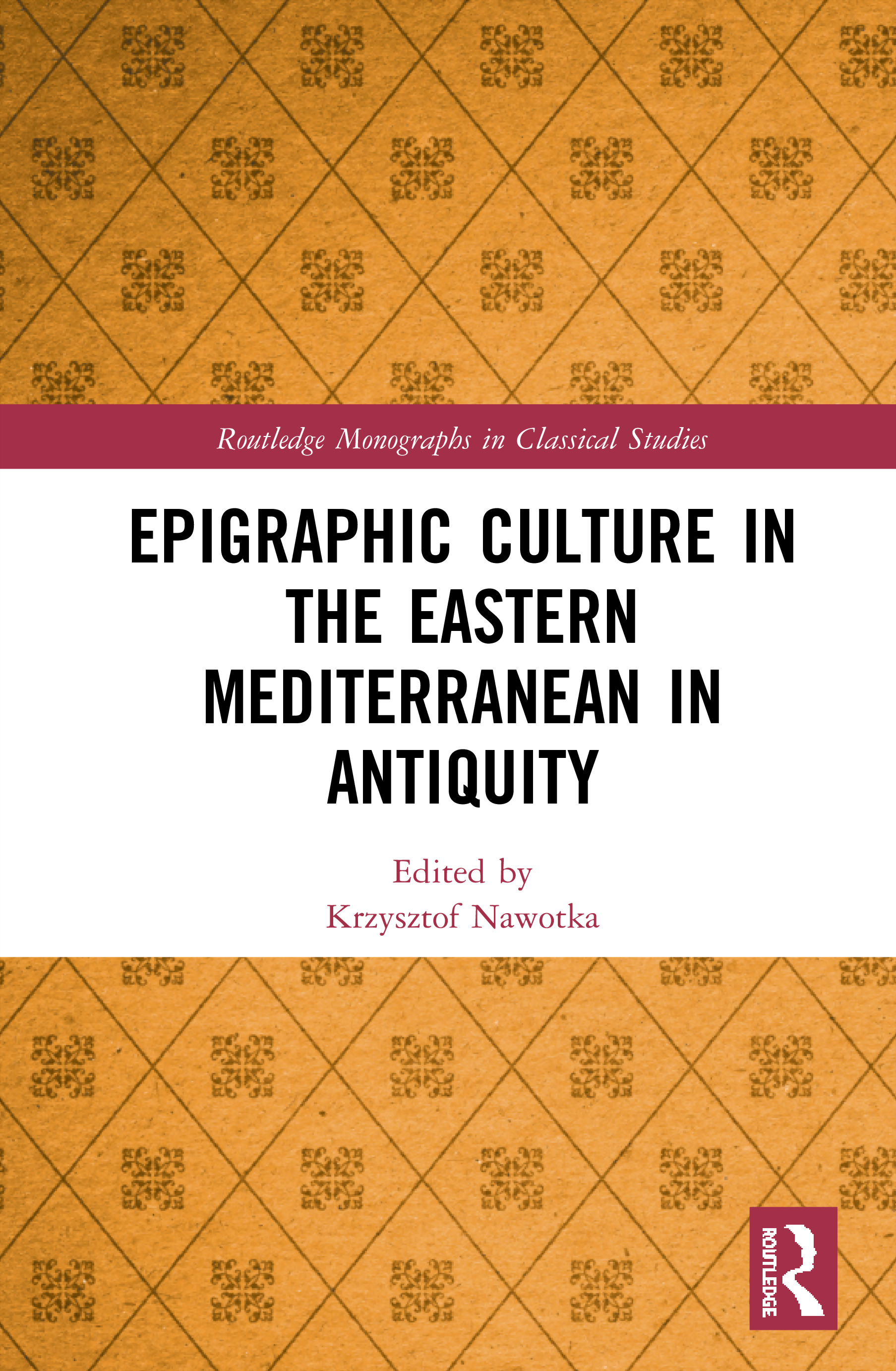 Epigraphic Culture in the Eastern Mediterranean in Antiquity

This book investigates the epigraphic habit of the Eastern Mediterranean in antiquity from the inception of alphabetic writing to the seventh century CE, aiming to identify whether there was one universal epigraphic culture in this area, or a number of discrete epigraphic cultures.

Chapters examine epigraphic culture(s) through quantitative analysis of 32,062 inscriptions sampled from ten areas in the Eastern Mediterranean from the Black Sea coast to Greece, western and central Asia Minor, Phoenicia and Egypt. They show that the shapes of the epigraphic curves are due to different factors occurring in different geographical areas and in various epochs, including the pre-Greek epigraphic habit, the moment of urbanization and Hellenization, and the organized Roman presence. Two epigraphic maxima are identified in the Eastern Mediterranean: in the third c. BCE and in the second c. CE. It differs from previous studies of the ancient epigraphic culture by taking into account all categories of inscriptions, not just epitaphs, and in investigating a much broader area over the broadly defined classical antiquity.

This volume is a valuable resource for anyone working on ancient epigraphy, history or the cultures of the Eastern Mediterranean.

1. The epigraphic curve in Boiotia

2. The epigraphic curve at Delphi

4. The Epigraphic Curve in the Black Sea Region: a Case Study from North-West Pontus

5. The Epigraphic curve in the Northern Black Sea region: a case study from Chersonesos and the Bosporan Kingdom

7. The Epigraphic Curve in Phrygia and its Borderlands

8. The Epigraphic Curve in the Levant: The Case Study of Phoenicia

9. The epigraphic curve in Egypt: the case study of Alexandria

10. The Epigraphic Curve in the Fayum Oasis

Conclusions: One or many epigraphic cultures in the Eastern Mediterranean

Krzysztof Nawotka is an ancient historian, Greek epigrapher and classicist educated in Wrocław, Poland, Oxford, UK and Columbus, USA; Ph.D. (1991), The Ohio State University. He is currently Professor of Ancient History at the University of Wrocław, Poland, and previously held positions as Honorary Research Fellow at the University of Liverpool, Visiting Scholar at Brown University, and Visiting Professor at Xiamen University. Since 2015 he has been a member of the Academia Europaea. He has published on Greek cities on the cost of the Black Sea, Greek legislation, Miletos, Alexander the Great, and on the Alexander Romance. His most recent publication is The Alexander Romance by Ps.-Callisthenes: A Historical Commentary (2017). At present he co-ordinates at the University of Wrocław a research project "Greek City in the Hellenistic and Roman Age and Territorial Powers" funded by the National Science Centre, Poland.