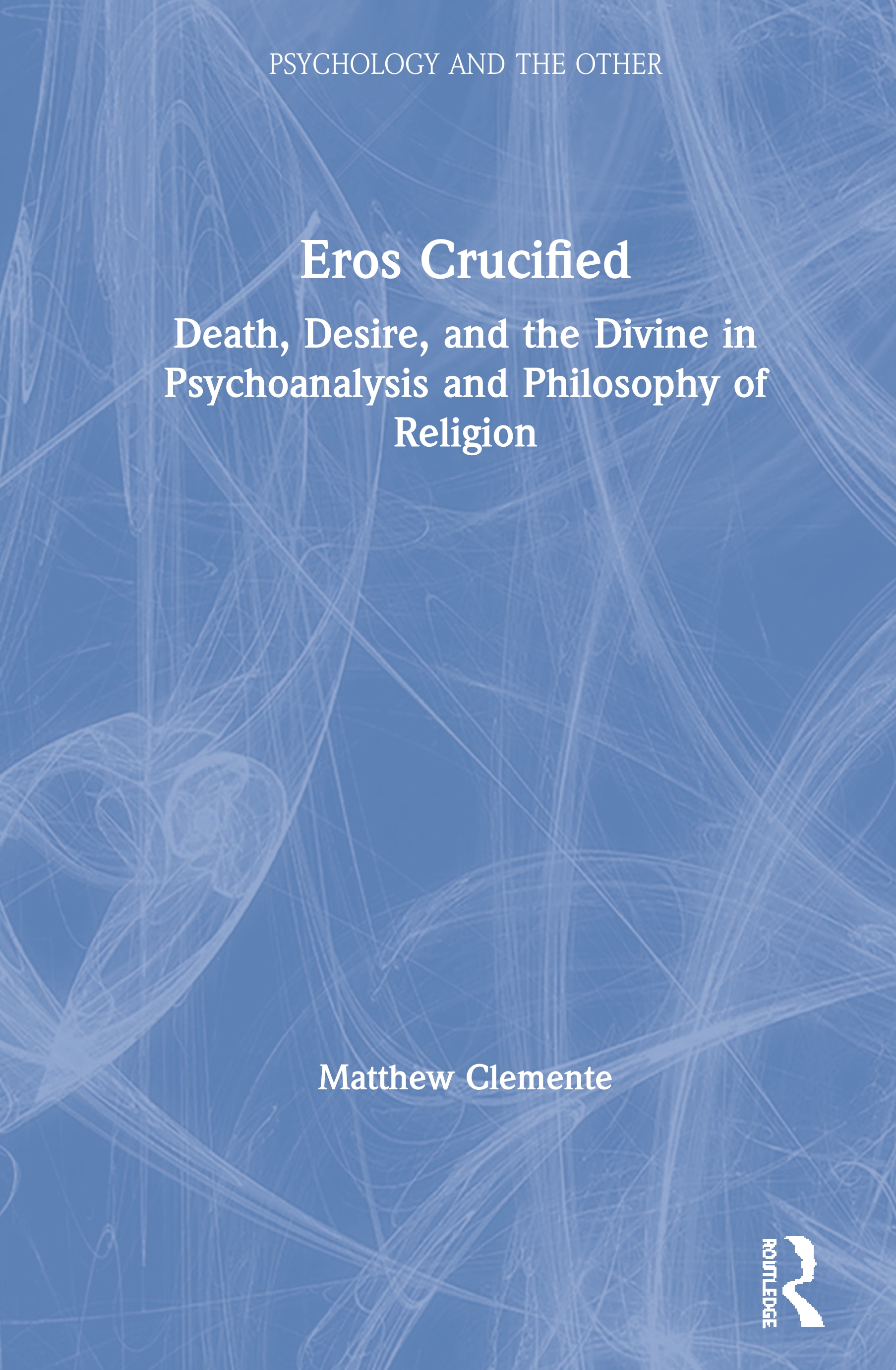 Death, Desire, and the Divine in Psychoanalysis and Philosophy of Religion, 1st Edition

Bringing contemporary philosophers, theologians, and psychoanalysts into dialogue with works of art and literature, this work provides a fresh perspective on how humans can make sense of suffering and finitude and how our existence as sexual beings shapes our relations to one another and the divine. It attempts to establish a connection between carnal, bodily love and humanity’s relation to the divine.

Relying on the works of philosophers such as Manoussakis, Kearney, and Marion and psychoanalysts such as Freud and Lacan, this book provides a possible answer to these fundamental questions and fosters further dialogue between thinkers and scholars of these different fields. The author analyzes why human sexuality implies both perversion and perfection and why it brings together humanity’s baseness and beatitude. Through it, the author taps once more into the dark mystery of Eros and Thanatos who, to paraphrase Dostoevsky, forever struggle with God on the battlefield of the human heart.

This book is written primarily for scholars interested in the fields of philosophical psychology, existential philosophy, and philosophy of religion

"With this provocative new book, Clemente establishes himself as a bold and original voice among the next generation of philosophers of religion. Eros Crucified is a deeply engaging work which charts new territory while showing genuine critical appreciation for the thinkers who come before. This book rewards rereading; indeed demands it."

"It is always difficult to read a book that engages with one's work. As I read through this text, however, I realized that Clemente not only understands my thinking, he articulates it more clearly and develops it more thoroughly than I have. Equal parts critical and constructive, Eros Crucified advances the vital work being done at the intersection of philosophy, psychoanalysis, and theology. A major achievement."

"Eros Crucified is an exceptional book. Through original and powerful readings of Freud and Nietzsche, Clemente argues that the only Eros worth living and dying for must be grounded in self-giving rather than mastery, encompassing the 'highest and lowest' of our all-too-human experience: an Eros "crucified." Far from being a devotional consolation, Eros Crucified exposes the ambiguity of desire through a series of personal and provocative meditations.

Teresa Fenichel , College of the Holy Cross, author of Uncanny Belonging: Schelling, Freud, and the Philosophical Foundations of Psychoanalysis

A brief disclaimer: Knowing that you know not, or how to read philosophy

Part I – Creation: A Theological Aesthetic

1. Oedipus and Adam: The genesis of Eros and the infancy of man

5. The hermeneutics of desire: On the Song of Songs

7. Thanatos: Descent into the Id

8. Resurrection ex nihilo: From nothing to all things made new

Conclusion – Eternal recurrence of the new: A repetition forward

Matthew Clemente, PhD, is a Lecturer in the Woods College of Advancing Studies at Boston College specializing in existentialism, philosophy of religion, and contemporary Continental thought. He is the associate editor of the Journal of Continental Philosophy and Religion (Brill) and the co-editor of three philosophical volumes: The Art of Anatheism (2017), misReading Nietzsche (2018), and Richard Kearney’s Anatheistic Wager (2018).

Psychology and the Other

The Psychology and the Other Book Series highlights creative work at the intersections between psychology and the vast array of disciplines relevant to the human psyche. The interdisciplinary focus of this book series brings psychology, then, into conversation with continental philosophy, psychoanalysis, religious studies, anthropology, sociology, and social/critical theory. The cross-fertilization of theory and practice, encompassing such a range of perspectives, encourages the exploration of alternative paradigms and newly articulated vocabularies that speak to human identity, freedom, and suffering. Thus, we are encouraged to reimagine our encounters with difference, our notions of the "other," and what constitutes therapeutic modalities. The study and practices of mental health practitioners, psychoanalysts, and scholars in the humanities will be sharpened, enhanced, and illuminated by these vibrant conversations, representing pluralistic methods of inquiry, including those typically identified as psychoanalytic, humanistic, qualitative, phenomenological, or existential.