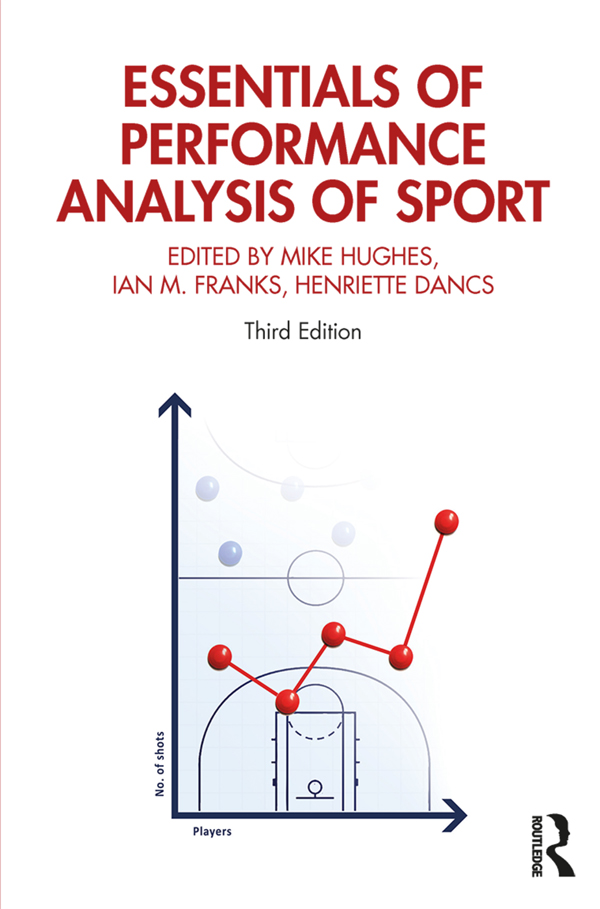 Essentials of Performance Analysis in Sport

The coaching process is about enhancing performance by providing feedback about the performance to the athlete or team. Researchers have shown that human observation and memory are not reliable enough to provide accurate and objective information for high-performance athletes. Objective measuring tools are necessary to enable the feedback process. These can take the form of video analysis systems post-event, both biomechanical and computerised notation systems, or the use of in-event systems.

is fully revised with updated existing chapters and the addition of 12 new chapters. It is a comprehensive and authoritative guide to this core discipline of contemporary sport science. The book offers a full description of the fundamental theory of match and performance analysis, using real-world illustrative examples and data throughout. It also explores the applied contexts in which analysis can have a significant influence on performance. To this end the book has been defined by five sections.

Section I: The Background

1. The Importance of Feedback to Performance

2. What is Performance Analysis?

4. A Pedagogical Approach to Performance Analysis in the Physical Education

8. How Do We Design Simple Systems? - How to Develop a Notation system?

11. The Statistical Processes of Identifying KPI’s in a Sport Using Basketball as an Example.

12. Sport Analytics as a Tool for an Effective Decision Making

18. Rule Changes in Sport and the Role of Notation

24. Profiling in Canoeing – A Practical Example

PhD is Professor Emeritus at the University of British Columbia (UBC), Canada. He now specializes in the neural control of skillful movement in his Motor Learning and Control Laboratory at the School of Kinesiology, UBC. Since joining UBC in 1980 he has published over 150 refereed research articles, 22 book chapters and five books in the areas of Sport Analysis, Skill Acquisition and Movement Control.

is a Professor in the Institute of Sport Sciences at Szombathely, Eötvös Loránd University, Hungary. Professor Dancs has more than 30 years' academic experience involved in wide range of different academic activities in Hungary and in abroad (Founder/Coordinator and now General Secretary of the International Network on Sport and Health Sciences). She has developed and designed courses and also was involved in the organization of a number of international academic projects (e.g. IPPAS 2000- 2003, an international ISPAS courses) and study programs on the field of Performance Analysis in Sport. Her related lecturing subjects are Perfomance Analysis in Sport, Notational Anaylsis, and Project Management.