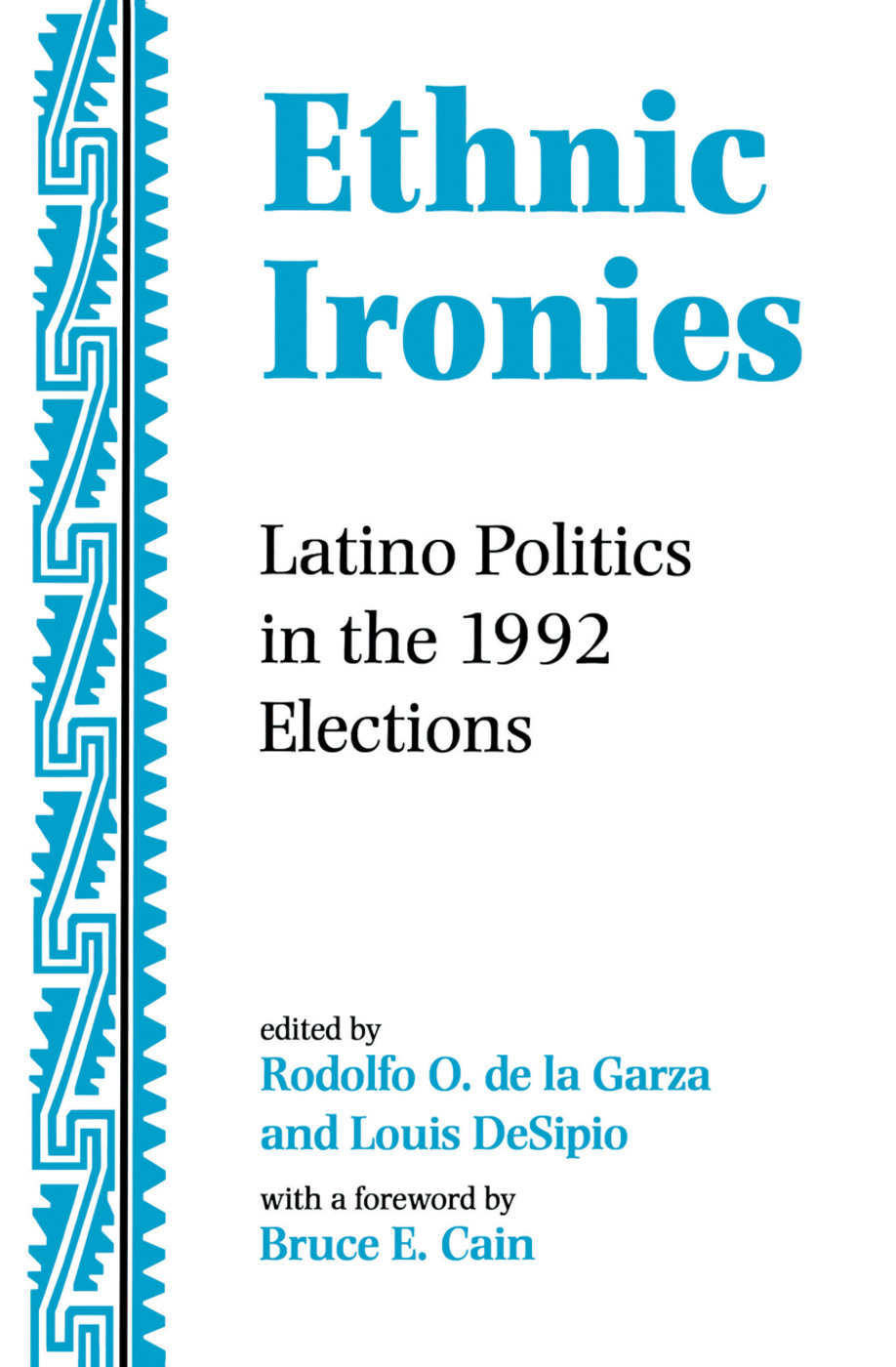 Ethnic Ironies describes the role of Latino electorates in national- and state-level politics during the 1992 elections. The book examines Latino politics from the top down?looking at the efforts of candidates and campaigns to speak to Latino concerns and to mobilize Latino voters?and from the bottom up?reviewing the efforts of Latinos to win elect