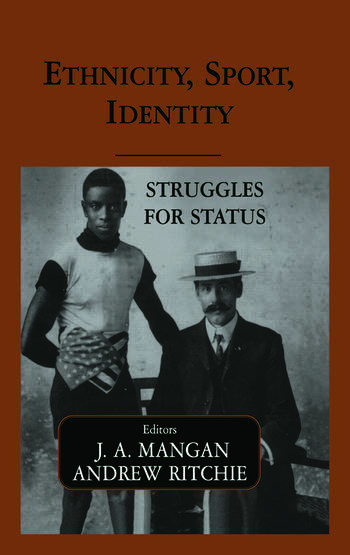 The struggle for status within sport is a microcosm of the struggle for rights, freedom and recognition within society. Injustices within sport often reflect larger injustices in society as a whole. In South Africa, for example, sport has been crucial in advancing the rights and liberty of oppressed groups. The geographical and chronological range of the essays in Ethnicity, Sport, Identity reveal the global role of sport in this advance.

The collection examines cases of discrimination directed at individuals or groups, resulting in their exclusion from full participation in sport and their consequent struggle for inclusion. It shows how ethnic and national identity are sources of social cohesion and political assertion within sport, and it illustrates the manner in which sport has served to project ethnicity in various, often contradictory ways. It depicts sport as an agent of conservatism and radicalism, superiority and subordination, confidence and lack of confidence, and as a source of disenfranchisement and enfranchisement. That sport has been, and continues to be, a potent means of both ethnic restriction and release can no longer be ignored.

1. The League of American Wheelmen, Major Taylor and the 'Color Question' in the United States in the 1890s 2. 'Curt Flood Stood Up for Us': The Quest to Break Down Racial Barriers and Structural Inequality in Major League Baseball 3. Jim Crow Strikes Out: Branch Rickey and the Struggle for Integration in American Baseball 4. Personal Calvaries: Sports in Philadelphia's African-American Communities, 1920-60 5. New Traditions, Old Struggles: Organized Sport for Johannesburg's Africans, 1920-50 6. Deconstructing 'Indianness': Cricket and the Articulation of Indian Identities in Durban, 1900-32 7. Cricket in India: Representative Playing Field to Restrictive Preserve 8. 'Physical Beings': Stereotypes, Sport and the 'Physical Education' of New Zealand Maori 9. Institutionalized Discrimination against Japan-Born Korean Athletes 10. Cricket and Calypso: Cultural Representation and Social History in the West Indies 11. From the Gridiron and the Boxing Ring to the Cinema Screen: The African-American Athlete in pre-1950 Cinema 12. Snowshoeing and Lacrosse: Canada's Nineteenth-Century 'National Games'