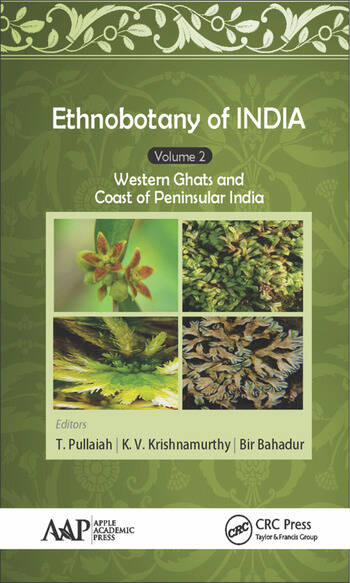 This is the second of a five-volume set. This series of volumes on the ethnobotany of different regions of India melds important knowledge in one place. India is one of the most important regions of the old world and has culturally rich and diverse knowledge systems. The expert authors have been selected to summarize information on the various aspects of ethnobotany of India, such as ethnoecology, traditional agriculture, cognitive ethnobotany, material sources, traditional pharmacognosy, ethnoconservation strategies, bioprospection of ethnodirected knowledge, and protection of ethnobotanical knowledge.

T. Pullaiah, PhD, is a former Professor at the Department of Botany at Sri Krishnadevaraya University in Andhra Pradesh, India, where he has taught for more than 35 years. He has held several positions at the university, including Dean, Faculty of Biosciences, Head of the Department of Botany, Head of the Department of Biotechnology, and Member Academic Senate. He was President of the Indian Botanical Society (2014), President of the Indian Association for Angiosperm Taxonomy (2013), and Fellow of the Andhra Pradesh Akademi of Sciences. He was awarded the Panchanan Maheswari Gold Medal, the Dr. G. Panigrahi Memorial Lecture Award of the Indian Botanical Society, the Prof. Y. D. Tyagi Gold Medal of the Indian Association for Angiosperm Taxonomy, and a Best Teacher Award from Government of Andhra Pradesh. Under his guidance 53 students obtained their doctoral degrees. He has authored 45 books, edited 15 books, and published over 300 research papers, including reviews and book chapters. His books include Flora of Eastern Ghats (4 volumes), Flora of Andhra Pradesh (5 volumes), Flora of Telangana (3 volumes), Encyclopedia of World Medicinal Plants (5 volumes), and Encyclopedia of Herbal Antioxidants (3 volumes). He was also a member of Species Survival Commission of International Union for Conservation of Nature (IUCN). Professor Pullaiah received his PhD from Andhra University, India, attended Moscow State University, Russia, and worked as postdoctoral Fellow during 1976-78.

K. V. Krishnamurthy, PhD, is a former Professor and Head of Department, Plant Sciences at Bharathidasan University in Tiruchirappalli, India, and is at present an adjunct faculty at the Institute of Ayurveda and Integrative Medicine, Bangalore. He obtained his PhD degree from Madras University, India, and has taught many undergraduate, postgraduate, MPhil, and PhD students. He has over 48 years of teaching and research experience, and his major research areas include plant morphology and morphogenesis, biodiversity, floristic and reproductive ecology, and cytochemistry. He has published more than 170 research papers and 21 books, operated 16 major research projects funded by various agencies, and guided 32 PhD and more than 50 MPhil scholars. His important books include Methods in Cell Wall Cytochemistry (CRC Press, USA), Textbook of Biodiversity (Science Publishers, USA), and From Flower to Fruit (Tata McGraw-Hill, New Delhi). One of his important research projects pertains to a detailed study of Shervaroys, which form a major hill region in the southern Eastern Ghats, and seven of his PhD scholars have done research work on various aspects of Eastern Ghats. He has won several awards and honors that include the Hira Lal Chakravarthy Award (1984) from the Indian Science Congress; Fulbright Visiting Professorship at the University of Colorado, USA (1993); Best Environmental Scientist Award of Tamil Nadu state (1998); the V. V. Sivarajan Award of the Indian Association for Angiosperm Taxonomy (1998); and the Prof. V. Puri Award from the Indian Botanical Society (2006). He is a fellow of Linnaean Society, London; National Academy of Sciences, India; and Indian Association of Angiosperm Taxonomy.

Bir Bahadur, PhD, was Chairman and Head of the Department, and Dean of the Faculty of Science at Kakatiya University in Warangal, India, and has also taught at Osmania University in Hyderabad, India. During his long academic career, he was honored with the Best Teacher Award by Andhra Pradesh State Government for mentoring thousands of graduates and postgraduate students, most of whom went on to occupy high positions at various universities and research organizations in India and abroad. Dr. Bahadur has been the recipient of many awards and honors, including the Prof. Vishwambhar Puri Award, the Gold Medal from the Indian Botanical Society for his original research contributions in various aspects of plant sciences, Eminent Botanist of India, the Bharath Jyoti Award for his sustained academic and research career at New Delhi, and many others. Long active in his field, he is a fellow or member of over dozen professional bodies in India and abroad, including Fellow of the Linnean Society, (London); Chartered Biologist Fellow of the Institute of Biology, (London); Member of the New York Academy of Sciences; Honorable Fellow of Birmingham University (UK); and Board Member Sri Biotech Laboratories India LTD, Hyderabad, India, for the last seven years.

Professor Bahadur has published over 250 research papers in national and international journals as well as reviews, book chapters, and several books. He has been an invited speaker at over 120 international conferences and has served as Chief Editor of Proceedings of Andhra Pradesh Akademi of Sciences and the Journal of Palynolog. A member of editorial boards of several national and international journals, he made significant contributions in several areas of plant biology, especially in heteromorphic incompatibility, mutagenesis, morphogenesis, plant tissue culture and biotechnology, plant asymmetry, and the application of SEM in plant sciences. He has supervised 29 PhD theses and several publications on Jatropha and Castor. He has taught genetics, biotechnology, plant molecular biology, plant reproduction, and related subjects for over 45 years and has accumulated research experience in these areas for 50 years.

"This volume will serve as a pragmatic and authoritative reference for conservationists and pharmacologists working in India. . . . Readers will also find it credible as a de facto gap and trend analysis for ethnobotanical studies in the Western Ghats. . . . Over the past two decades, there has been an exponential increase in ethnobotanical studies throughout South Asia. Often published in local journals or by independent presses, however, their findings rarely receive the attention needed to drive both innovation and policy. The five-volume Ethnobotany of India series addresses this by extensively reviewing plant resources from the subcontinent. Volume 2 focuses on ethnobotanical knowledge from the Western Ghats and West Coast of Peninsular India, providing not only historical context but also ethnographic insight into the region. The Western Ghats are one of Earth’s most breathtaking biocultural hotspots. Extending south from the humid metropolis of Mumbai through the western tip of Peninsular India, their rolling hills house diverse communities that have (re)shaped each other through time. Volume 2 presents these dynamics in 13 curated chapters structured around standard ethnobotanical tables. However, it is unique in that it supplements them with additional information on global processes, including historical trade in the Arabian Sea. Other chapters shed light on the value of place when assessing plant use and management. Of note, a section on sacred forests highlights mores that may promote community-based conservation of medicinal plants. . . . " 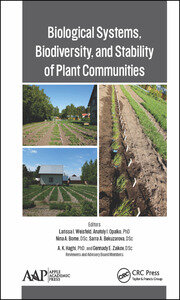 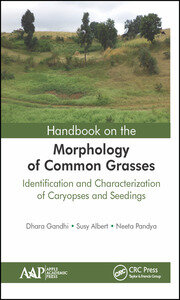 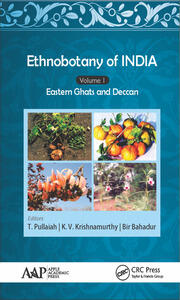