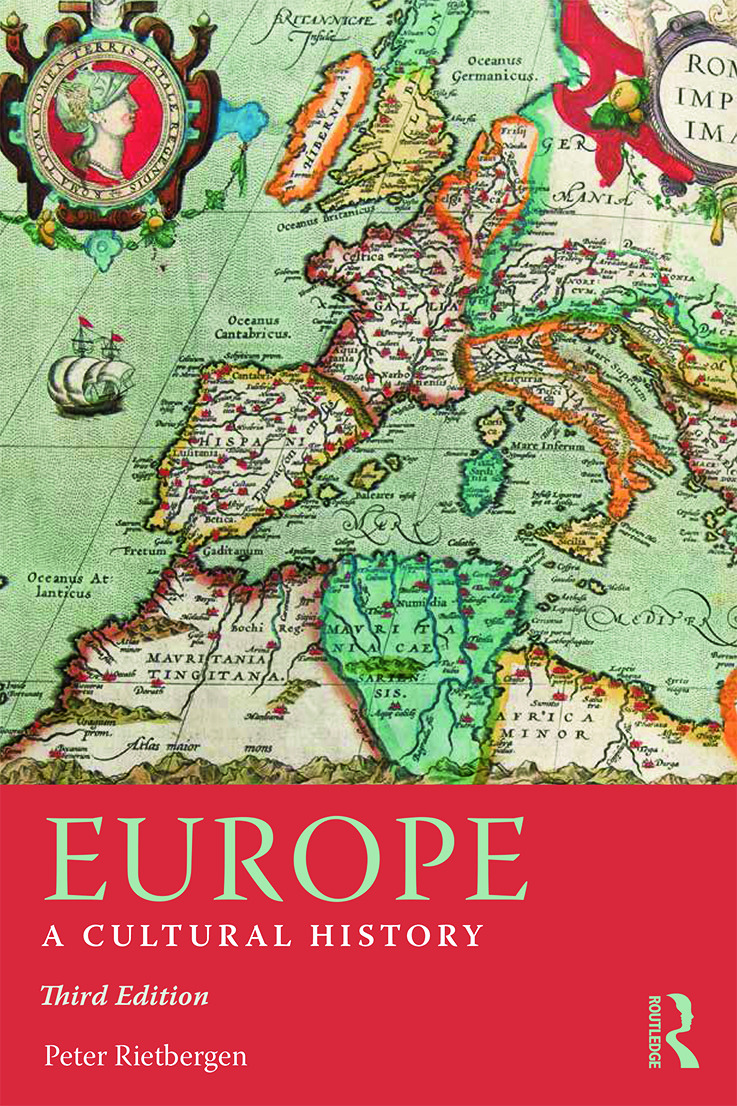 This third, revised and augmented edition of Peter Rietbergen’s highly acclaimed Europe: A Cultural History provides a major and original contribution to the study of Europe. From ancient Babylonian law codes to Pope Urban’s call to crusade in 1095, and from Michelangelo on Italian art in 1538 to Sting’s songs in the late twentieth century, the expressions of the culture that has developed in Europe are diverse and wide-ranging. This exceptional text expertly connects this variety, explaining them to the reader in a thorough and yet highly readable style.

Presented chronologically, Europe: A Cultural History examines the many cultural building blocks of Europe, stressing their importance in the formation of the continent’s ever-changing cultural identities. Starting with the beginnings of agricultural society and ending with the mass culture of the early twenty-first century, the book uses literature, art, science, technology and music to examine Europe’s cultural history in terms of continuity and change. Rietbergen looks at how societies developed new ways of surviving, believing, consuming and communicating throughout the period. His book is distinctive in paying particular attention to the ways early Europe has been formed through the impact of a variety of cultures, from Celtic and German to Greek and Roman. The role of Christianity is stressed, but as a contested variable, as are the influences from, for example, Asia in the early modern period and from American culture and Islamic immigrants in more recent times.

Since anxieties over Europe's future mount, this third edition text has been thoroughly revised for the late twentieth and early twenty-first centuries. Moreover, it now also includes a 'dossier' of some seventeen essay-like vignettes that highlight cultural phenomena said to be characteristic of Europe: social solidarity, capitalism, democracy and so forth. With a wide selection of illustrations, maps, excerpts of sources and even lyrics from contemporary songs to support the arguments, this book both serves the general reader as well as students of historical and cultural studies.

"Europe: A Cultural History does not just provide an accessible and lively account of European cultural thought and practice from prehistory to the present; more importantly, it also offers a sustained reflection on what the idea of 'Europe' has meant to different people at different times. Peter Rietbergen's book is a superb one-volume introduction to European cultural history."

"Peter Rietbergen’s fluently written book is an insightful account of the cultural history of Europe, its multiple cultural identities and its continuously changing webs of significance. Rietbergen draws on an impressive array of source material to examine the transformation of Europe from its earliest developments to the challenges it today confronts. Europe: A Cultural History is highly recommended reading for students and researchers of European culture and its history."

"This book remains a reliable, stimulating and readable guide to many aspects of European cultural history. It is Peter Rietbergen's own idiosyncratic selection of material and ideas, and it provides us with an original and entertaining take on an immense spread of material."

"Nuanced, non-teleological and critically distinguishing, yet comprehensive and remarkably readable, Rietbergen’s history of European culture will be an unavoidable reference point for any serious debate on its topic for years to come."

"Peter Rietbergen presents a book, which is unlike the standard textbooks on the cultural history of Europe. Instead of just summing up names, dates and facts, it offers the reader a provocative personal reflection on the incredibly rich and highly varied contents of the European heritage. It will serve as an eye-opener for all those students who aspire to look beyond the main narrative into the primary sources of Western thought. Therefore, this book can be an invaluable tool in higher education."