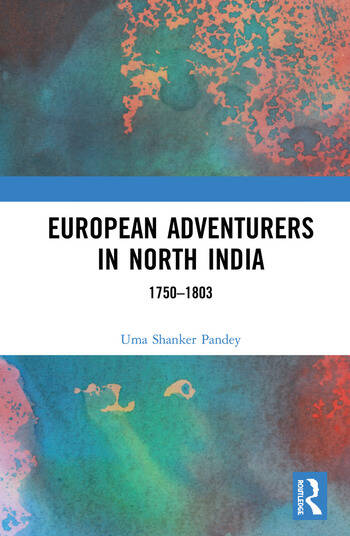 This book explores how European, particularly French, adventurers shaped early modern India. It highlights the significant contributions of these adventurers in social, political, economic, and intellectual life of north India in the 18th and the 19th centuries. The author examines how the French adventurers played a key role in bringing Western science and ideas to a polity in flux. He examines the role of individuals like René Madec, Sombre, De Boigne, Perron, Gentil, Canaple, Delamarr, Sonson, and Pedrose, who made instrumental contributions in modernising armies of pre-modern states in South Asia. The volume also underlines how French adventurers’ commercial networks developing from their enterprises opened up markets in the heartlands of north India for European consumers. Further, it brings to the fore intellectual pursuits of the leading French figures such as Anquetil Duperron, Polier, Gentil, De Boigne, and Perron, whose engagement with Indian literature opened a new chapter framing studies of the Occident.

Rich in French, English, and translated Persian archival resources, this book will be of interest to scholars and researchers of colonial history, early modern history, military history, and South Asian studies.

Introduction 1. The Early Adventurers and the Modernization of Warfare in Hindustan 2. The Later Adventurers and the French Brigades 3. The Partis Français and the Increasing Military Power of Shuja-ud-Daula (1764-1775) 4. Chevalier and Shah Alam: Facets of diplomatic enterprises in north India 5. Commercial, Social, and Intellectual Engagements A concluding note. Appendices