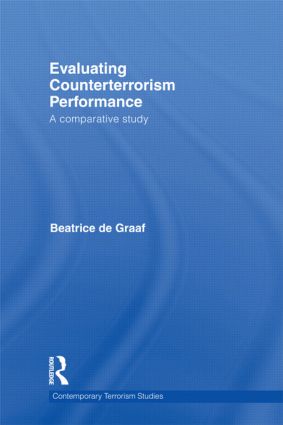 The effectiveness of counterterrorism measures is hard to assess, especially since the social impact of terrorist attacks is a fundamental and complex issue. This book focuses on the impact of counterterrorist measures by introducing the concept of the performative power of counterterrorism: the extent to which governments mobilize public and political support - thereby sometimes even unwittingly assisting terrorists in creating social drama. The concept is applied to counterterrorism in the Netherlands, Italy, the Federal Republic of Germany and the United States in the 1970s.

This book will be of much interest to students of terrorism and counter-terrorism, discourse analysis, media and communication studies, conflict studies and IR/Security Studies in general.

"An innovative approach to assess effectiveness in governmental counterterrorism measures through what the author terms "the concept of the performative power of counterterrorism," which is "the extent to which governments succeed in mobilizing public and political support in favor of their policies, thereby weakening terrorists’ ability to create their "social drama." - Joshua Sinai, ‘Terrorism Bookshelf: Top 150 Books on Terrorism and Counterterrorism’, Perspectives on Terrorism, Vol. 6, No. 2 (2012)

Beatrice de Graaf is a Historian and Associate Professor at the Centre for Terrorism and Counterterrorism at Leiden University, Netherlands.