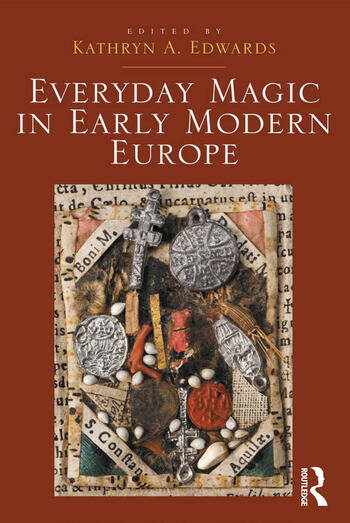 While pre-modern Europe is often seen as having an 'enchanted' or 'magical' worldview, the full implications of such labels remain inconsistently explored. Witchcraft, demonology, and debates over pious practices have provided the main avenues for treating those themes, but integrating them with other activities and ideas seen as forming an enchanted Europe has proven to be a much more difficult task. This collection offers one method of demystifying this world of everyday magic. Integrating case studies and more theoretical responses to the magical and preternatural, the authors here demonstrate that what we think of as extraordinary was often accepted as legitimate, if unusual, occurrences or practices. In their treatment of and attitudes towards spirit-assisted treasure-hunting, magical recipes, trials for sanctity, and visits by guardian angels, early modern Europeans showed more acceptance of and comfort with the extraordinary than modern scholars frequently acknowledge. Even witchcraft could be more pervasive and less threatening than many modern interpretations suggest. Magic was both mundane and mysterious in early modern Europe, and the witches who practiced it could in many ways be quite ordinary members of their communities. The vivid cases described in this volume should make the reader question how to distinguish the ordinary and extraordinary and the extent to which those terms need to be redefined for an early modern context. They should also make more immediate a world in which magic was an everyday occurrence.

Kathryn A. Edwards is Professor of History at the University of South Carolina, USA. Her publications include Leonarde’s Ghost: Popular Piety and The Appearance of a Spirit in 1628 (2008; coauthored with Susie Speakman Sutch), Werewolves, Witches, and Wandering Spirits (2002; editor), and Families and Frontiers: Family and Communal Re-creation in the Early Modern Burgundies (2002). She is finishing a book on ghost beliefs, Living with Ghosts: The Dead in European Society from the Black Death to the Enlightenment.