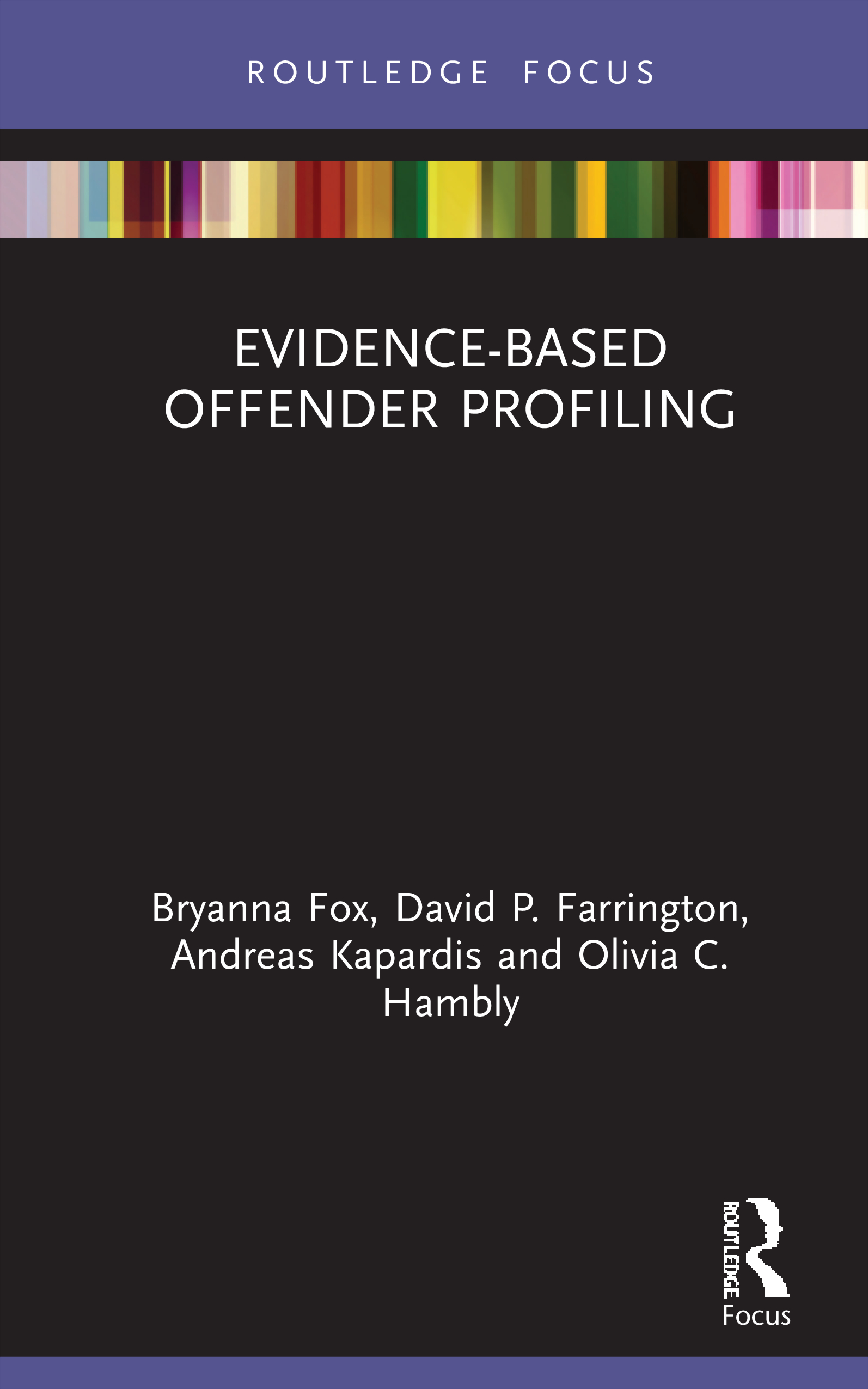 This book also explains how practitioners can benefit from the use of empirically tested and validated profiles in their unsolved investigations, and how the use, continued research, and evaluation of Evidence-Based Offender Profiling can advance the quality, prestige, and utility of the field of offender profiling.

Chapter 4: Evidence-Based Offender Profiles and Evaluations in the United States

Bryanna Fox is an Associate Professor of Criminology at the University of South Florida, and studies the psychological and developmental risk factors for criminal behavior, forensic psychology, and evidence-based policing. She previously served as an FBI Special Agent and research fellow in the FBI’s Behavioral Science Unit, and received an Early Career Award from the American Society of Criminology’s Division of Developmental and Life-Course Criminology in 2017. Her research can be found in outlets including Criminal Justice and Behavior, Psychological Bulletin, Law and Society Review, Social Forces, Development and Psychopathology, and the Journal of Criminal Justice.

is an Emeritus Professor of Legal Psychology in the Department of Law at the University of Cyprus. He was formerly a faculty member in the School of Law at La Trobe University in Australia and is currently a Visiting Professor at the Institute of Criminology, Cambridge University. In recognition of his work in 2016 he was elected a Full Member of the European Academy of Sciences and Arts and is a Life Member of Clare Hall, Cambridge University. His research and teaching interests lie mainly in criminology, criminal justice, legal psychology and penology.

is a social researcher within the Government of the United Kingdom. Olivia received her PhD in 2018 from the International Research Centre for Investigative Psychology at the University of Huddersfield. Her thesis focused on the psychological interpretations of domestic burglary offender styles, patterns and offender characteristics.