Evolution and Posttraumatic Stress
Disorders of Vigilance and Defence 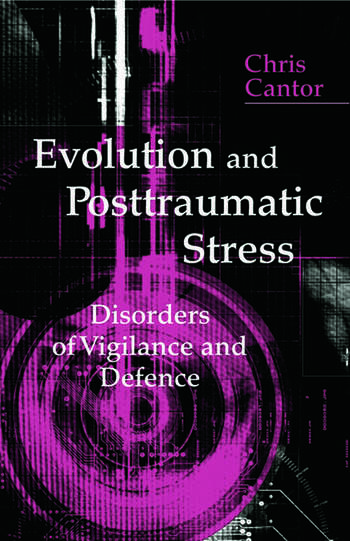 Evolution and Posttraumatic Stress: Disorders of Vigilance and Defence

This book is the first to examine PTSD from an evolutionary perspective. Beginning with a review of conventional theories, Chris Cantor provides a clear and succinct overview of the history, clinical features and epidemiology of PTSD before going on to introduce and integrate evolutionary theory. Subjects discussed include:

The evolution of human defensive behaviours

A clinical perspective of PTSD

This original presentation of PTSD as a defensive strategy describes how the use of evolutionary theory provides a more coherent and successful model for diagnosis, greatly improving understanding of usually mystifying symptoms. It will be of great interest to psychiatrists, psychotherapists, psychologists, and anthropologists.

Chris Cantor is Adjunct Senior Lecturer in Psychiatry at the University of Queensland, Australia.

Overall Evolution and Post-traumatic Stress is effective in providing a clear yet detailed alternative perspective to PTSD. With the use of evidence-based theories ans frequent case examples, this evolutionary stance may well provide a deeper understanding of the difficulties encountered by people experiencing this form of Trauma. - Kate Lester, from The Journal of Critical Psychology, Counselling and Psychotherapy, (Vol 7, No 3) Autumn 2007