Evolution and Speciation in Animals

Evolution and Speciation in Animals

This book represents the first attempt to quantify environmental factors and life history traits that accelerate or decelerate species diversity in animals. About 15%, 8% and 77% of species are distributed in marine (70% of earth’s surface), freshwater (< 1%) and terrestrial (~ 29%) habitats. Hence, the terra firma fosters more diversity. The harsh hadal, desert and elevated montane habitats restrict diversity to 0.5-4.2%. Costing more time and energy, osmotrophic and suspension modes of food acquisition limit diversity to < 20%. In minor phyletics, evolution has proceeded from a ‘wrong combination’ of low motility and gonochorism to sessility and hermaphroditism. The motile major phyletics are more speciose (166,279 species/phylum) than the latter (1,975 species/phylum). As evolution and speciation are driven by motility, sessility is limited to 2.9% animals.

Selfing hermaphrodites (0.9%), parthenogens (< 0.6%) and clonals (~ 2%) miss meiosis and/or fertilization. Unable to tolerate them together, animals mutually eliminate parthenogenesis and hermaphroditism as well as parthenogenesis and cloning from each other. In clonals, colonial budding (94%) is more common than costlier fragmentation in solitary clonals. The newly proposed hypothesis explains that each stem cell plays an additive role and the required mass of stem cells differs for cloning and regeneration.

Incidence of heterogamety is four-times more in males than in females. Hence, evolution is more a male-driven process. Egg size is determined by environmental factors, but lecithality is genetically fixed. In poikilotherms, sex is also determined by gene(s), but differentiation by environmental factors. The extra-ovarian vitellogenesis (> 96%), spermatozoan (81%) rather than spermatophore mechanism of sperm transfer, promiscuity and polygamy over monogamy, iteroparity (99.6%) over semelparity and internal fertilization (84%) are preferred, as they accelerate diversity. Body size and egg size determine fecundity. Indirect life cycle (82%) and incorporation of feeding larval stages accelerate diversity. Brooding and viviparity (6.4%) decelerate it. Parasitism extends life span and liberates fecundity from eutelism.

Evolution is an ongoing process, and speciation and extinction are its unavoidable by-products. The in-built conservation mechanism of reviving life after a sleeping duration has been reduced from a few million years in microbial spores to a few thousand years in plant seeds and a few hundred years in dormant eggs in animals. Hence, animal conservation requires priority. The existence of temperature-resistant/insensitive individuals, strains and species shall flourish during the ongoing global warming and earth shall continue with such burgeoning species, hopefully inclusive of man.

Recipient of the S.S. Bhatnagar Prize, the highest Indian award for scientists, one of the ten National Professorships, T.J. Pandian has served as editor/member of editorial boards of many international journals. His books on Animal Energetics (Academic Press) identify him as a prolific but precise writer. His five volumes on Sexuality, Sex Determination and Differentiation in Fishes, published by CRC Press, are ranked with five stars. He has authored a multi-volume series on Reproduction and Development of Aquatic Invertebrates, including the volumes on Crustacea, Mollusca, Echinodermata and Prochordata, Annelida, Platyhelminthes and Minor Phyla have been published. 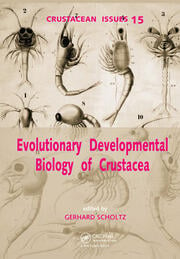 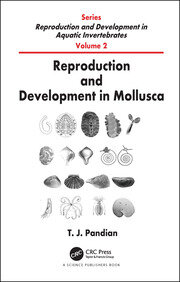 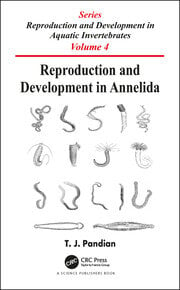