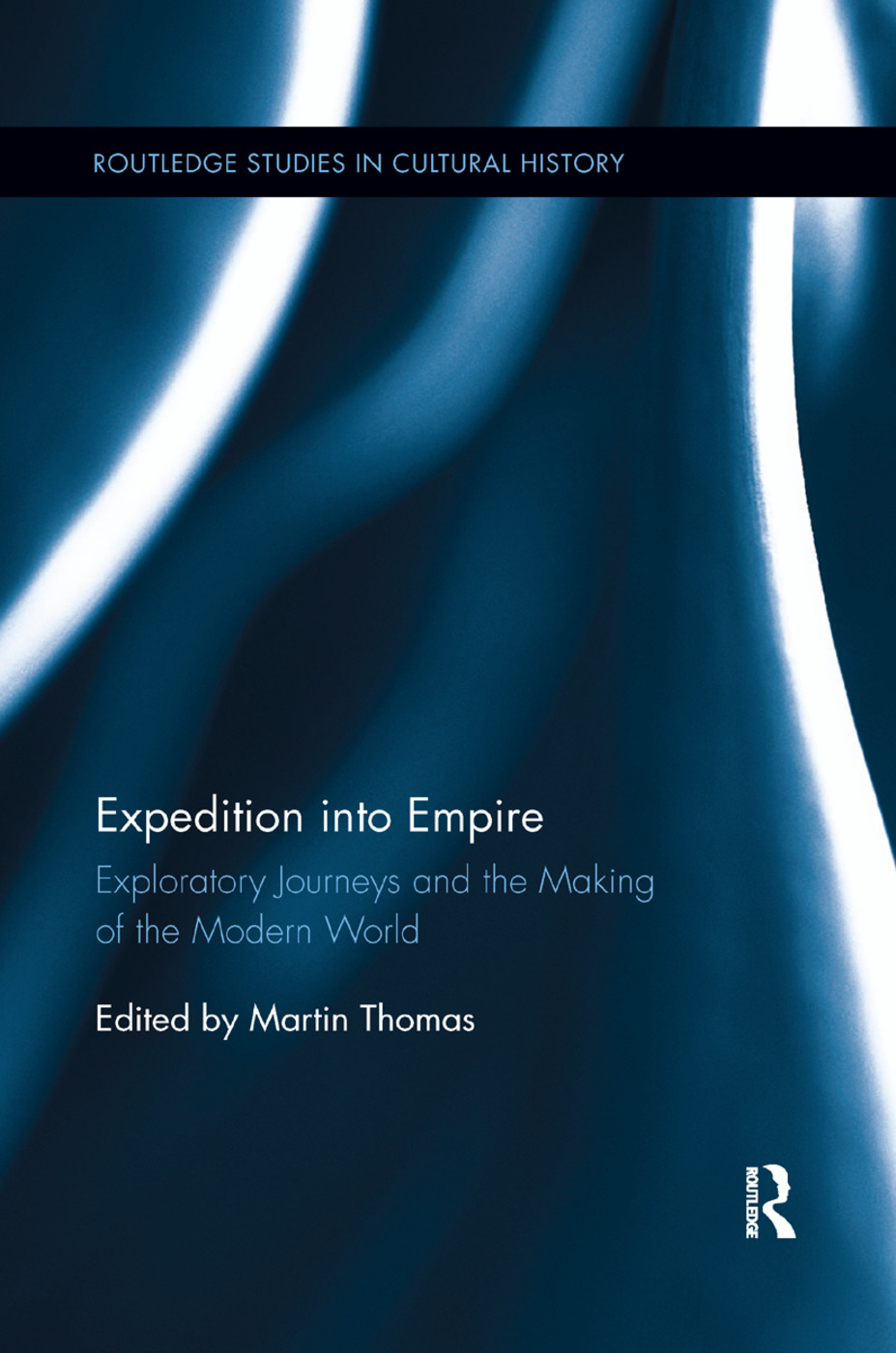 Exploratory Journeys and the Making of the Modern World, 1st Edition

Expeditionary journeys have shaped our world, but the expedition as a cultural form is rarely scrutinized. This book is the first major investigation of the conventions and social practices embedded in team-based exploration. In probing the politics of expedition making, this volume is itself a pioneering journey through the cultures of empire. With contributions from established and emerging scholars, Expedition into Empire plots the rise and transformation of expeditionary journeys from the eighteenth century until the present. Conceived as a series of spotlights on imperial travel and colonial expansion, it roves widely: from the metropolitan centers to the ends of the earth. This collection is both rigorous and accessible, containing lively case studies from writers long immersed in exploration, travel literature, and the dynamics of cross-cultural encounter.

"Expedition into Empire succeeds in encouraging scholars both to look more critically at its forms and to recognise that, quite often, the performance of expedition rarely went according to rehearsal."-Ryan T. Jones, Univeristy of Auckland

"Expedition into Empire succeeds in its aim to open a critical dialogue around the phenomenon of the expedition. This collection serves as a ‘stepping-stone’ for future scholarship by setting a course for reapproaching the historiography of crosscultural encounter, exploration, and empire-making." -Natalie Cox, University of Warwick, UK

1. What Is an Expedition?: An Introduction Martin Thomas 2. What Is an Explorer? Adriana Craciun 3. Settler Colonial Expeditions Lorenzo Veracini 4. The Expedition as a Cultural Form: On the Structure of Exploratory Journeys as Revealed by the Australian Explorations of Ludwig Leichhardt Martin Thomas 5. The Theatre of Contact: Aborigines and Exploring Expeditions Philip Jones 6. Expeditions, Encounters, and the Praxis of Seaborne Ethnography: The French Voyages of La Pérouse and Freycinet Bronwen Douglas 7. Armchair Expeditionaries: Voyages into the French Musée de la Marine, 1828–78 Ralph Kingston 8. On Slippery Ice: Discovery, Imperium, and the Austro-Hungarian North Polar Expedition (1872-4) Stephen A. Walsh 9. A Polar Drama: The Australasian Antarctic Expedition of 1911–14 Tom Griffiths 10. The 1928 MacRobertson Round Australia Expedition: Colonial Adventuring in the Twentieth Century Georgine Clarsen 11. The Expedition’s Afterlives: Echoes of Empire in Travel to Asia Agnieszka Sobocinska

Martin Thomas is Associate Professor in the Research School of Social Sciences at the Australian National University. He is the author of The Artificial Horizon: Imagining the Blue Mountains (2003) and The Many Worlds of R. H. Mathews: In Search of an Australian Anthropologist (2011), winner of the National Biography Award of Australia.