Expedition of Sir John Norris and Sir Francis Drake to Spain and Portugal, 1589 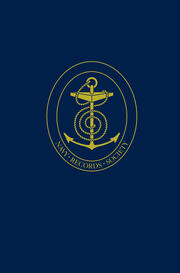 Expedition of Sir John Norris and Sir Francis Drake to Spain and Portugal, 1589

Actions against the Spanish Armada and campaigns in the Netherlands left the Queen’s coffers empty. For this reason proposals to capture the Spanish treasure fleet were given royal support. The treasure fleet homeward bound from the Americas would be intercepted in the Azores. A diversion at Santander to damage the Spanish fleet would prevent protection of the treasure fleet and, more importantly, prevent further actions against England or Ireland. However, the project was diverted further with backers wanting to re-instate Don Antonio as King of Portugal, with ideas of gaining lucrative Portuguese trade rights.

At sea a further diversion was taken, with news of shipping at Corunna and the prospect of capturing merchantmen. ‘Profit was already challenging strategy’. This diversion gave their enemies more time to prepare. The failure at Lisbon was partly from a lack of co-ordination between the navy and army but also from the lack of promised support from Don Antonio’s supporters.

The decision to sail for the Azores to intercept the Spanish treasure fleet was at last made only for Drake to be driven back to England by a storm. Short of supplies and with sick crews the ships were in no condition to continue with the Queen’s demands so there was no great treasure and the Spanish fleet was still in being. The sale of prizes and their contents failed to cover the cost of the expedition, and so the expedition was considered a financial and strategic failure.