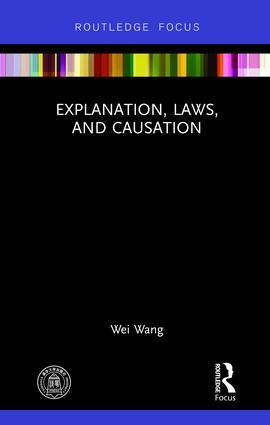 Scientific explanation, laws of nature, and causation are crucial and frontier issues in the philosophy of science. This book studies the complex relationship between the three concepts, aiming to achieve a holistic synthesis about explanation–laws–causation.

By reviewing Hempel's scientific explanation models and Salmon's three conceptions – the epistemic, modal, and ontic conception – the book suggests that laws are essential to explanation and that our understanding of laws will help solve the problems of the latter. Concerning the nature of laws, this book tackles both the problems of regularity approach and necessitarian approach. It also proposes that the ontological order of explanation should be from events (or processes) to causation, then to regularity (laws), and finally to science system, but the epistemological order should be from science system to laws to explanation and causation. In addition, this book examines the legitimacy of ceteris paribus laws, the connection between explanation and reduction, the relation between explanation and interpretation, and some other issues closely related to explanation–laws–causation. This book will attract scholars and students of philosophy of science, natural sciences, social sciences, etc.

Preface for the English version

Preface for the Chinese version

3 The very nature of laws of nature

6 Is there such a thing as a ceteris paribus law?