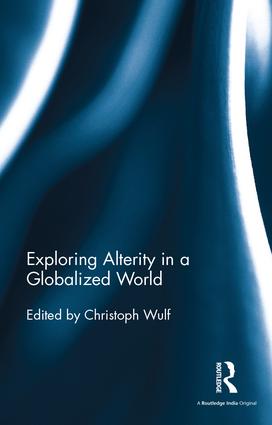 Exploring Alterity in a Globalized World

This volume develops a unique framework to understand India through indigenous and European perspectives, and examines how it copes with the larger challenges of a globalized world. Through a discussion of religious and philosophical traditions, cultural developments as well as contemporary theatre, films and media, it explores the manner in which India negotiates the trials of globalization. It also focuses upon India’s school and education system, its limitations and successes, and how it prepares to achieve social inclusion. The work further shows how contemporary societies in both India and Europe deal with cultural diversity and engage with the tensions between tendencies towards homogenization and diversity.

This eclectic collection on what it is to be a part of global network will be of interest to scholars and researchers of South Asian studies, philosophy, sociology, culture studies, and religion.

Preface. Exploring Alterity in a Globalised World Christoph Wulf Part I Religion, Philosophy, and Culture 1. Kali’s Daughters: The Tantric Conception of the Divine Feminine as an Emancipatory Role Model for Hindu Women Archita Vajpayee and Matthias Semmler 2. The Sacred Cow and the Ideal of ahiṃsā Kristina Schmitz-Valkenberg 3. Re-Reading Gandhi for a Reformed Knowing: Where to put that Little Inner Voice? Bhakti Patil 4. Education for a Better World? Gandhi’s Ideas on Education and their Relevance in Modern India Theresa Vollmer 5. Asceticism in Ancient and Modern India Franziska Roggenbuck 6. Cultivating Simplicity as a Way of Life. Insights from a Study about Everyday Lives of Tibetan-Buddhist Child Monks in Ladakh Tanu Biswas 7. The Legends of St. Thomas and the Extensions of the Magic/Miracle Dichotomy in the Stories about Kadamattath Kattanar Susan Visvanathan 8. In-between Places: The Natural Zoo as a Cultural Place Meera Baindur Part II Dance, Theatre, and Media 9. Cutting into History. The "Hindu Dancer" Nyota Inyoka’s Photomontages Tessa Jahn 10. The Commune-ist Air: Living the Everyday in Times of Struggle – The Case of the Indian People’s Theatre Association’s Central Squad Sharmistha Saha 11. Finding a Path – Notes on Political Forms between Locality and Globality in India’s Contemporary "Art World" Sarah Ralfs 12. The Message of their Pictures. An Essay on Photographs taken by Indian Auto-rickshaw Drivers Julia Thibaut 13. Transmitting Culture within Linguistic Alterity Nika Daryan Part III Education, Self-Education, and Human Development 14. In Line: A Photo Essay on Entering a School in Bangalore Christos Varvantakis 15. Going to School in India. An Ethnographical Research at two Schools in Bangalore Urs Kübler 16. "The Treasure of Life Lies in Hard Work." Insights into the Discursive Practices of Becoming Educated and Developed in Schools in South-India Martin Bittner 17. The Impact of School Environment on Future Aspirations of High School Students in India Beatrice Lange 18. Sugarcane Migration and the Impact on Education: A Perspective on Seasonal Migration in Maharashtra and the Linkage to Children’s Education Sandy Hallmann 19. Educational Experiences of Students with Disabilities in Higher Education: A Case Study of a German University Nageswara Rao Ambati 20. A Fresh Perspective on Indigenous Tools for Inclusive Education Mallika Swaminathan 21. Perception and Inference Friederike Schmidt 22. When the Solution Becomes Part of the Problem: The Role of Education in Social Conflicts. Observations in the Indian Context Iris Clemens Part IV Homogenization versus Diversity 23. Socialisation in the Context of Globalisation. How Adolescents in India Deal with Global Processes Benjamin Wagener 24. Power to the People. A Long Road to Conscientization Maria Schneider 25. The New and Young Indian Middleclass: Life between Traditions and Western Values Christiane Müller 26. Risk-Taking and Entrepreneurship in India. Implications of Social and Cultural Norms for Poverty Alleviation Policies Alexander J. Wulf 27. Thinking about Climate Change. Young People from Ladakh Responding to Global Warming. An Explorative Study Sofia Getzin 28. Health Promotion and Diversity. Theoretical Reflections and Personal Experiences in Everyday India Markus Wiencke 29. Absence of a Presence: Text, Pedagogy and Social Anthropology in Northeast India William Singh 30. Dispositions as Properties: Irrelevance of Functional Characterisation S. K. Arun Murthi

Christoph Wulf is Professor of Anthropology and Education and a member of the Interdisciplinary Centre for Historical Anthropology and the Graduate School 'InterArts' at Freie Universität Berlin. Widely published, his books have been translated into more than 15 languages. He is Vice-President of the German Commission for UNESCO. His major research areas include historical and cultural anthropology, educational anthropology, rituals, gestures, emotions, intercultural communication, mimesis and aesthetics.