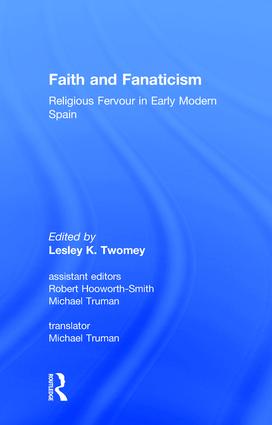 The Spanish Inquisition is often seen as the archetype of religious fervour and fanaticism, and several of the papers here naturally focus on its activities. Overall, however, this volume aims to look at the broader context of religious attitudes in Spain, from the end of the 15th to the late 17th century. In an examination of how the religious orders behaved, the contributors demonstrate that concepts which may now appear excessive were perceived at that time. Similarly, poetry and other literary texts provide evidence for how Jews viewed Christians and Christians viewed Moors.