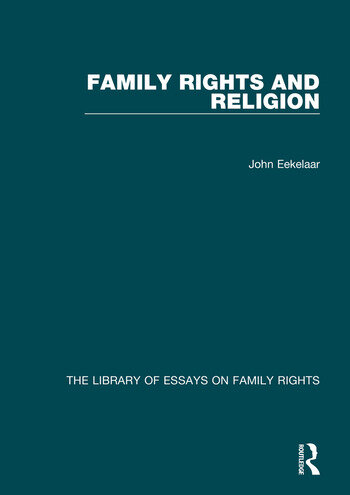 The interaction between individual rights, which are often seen in secular terms, and religion is becoming an important and complex topic not only for academic study but for practical policy. This volume collects a range of writings from journals, edited collections and individual books which deal with different aspects of the interaction within the context of family life, and which appear with their original pagination. These studies have been selected because they throw a sharp light on central elements of the role of religion in determining the structure of the rights of family members in relation to one another, both from an historical and contemporary perspective. While many of the writings are focused on US and European systems, selected writings covering other systems illustrate the universal nature of the topic. The studies are accompanied by a reflective commentary from the editor which sets the writings in a broad context of social, constitutional and philosophical thought, with the aim of stimulating critical thought and discussion.