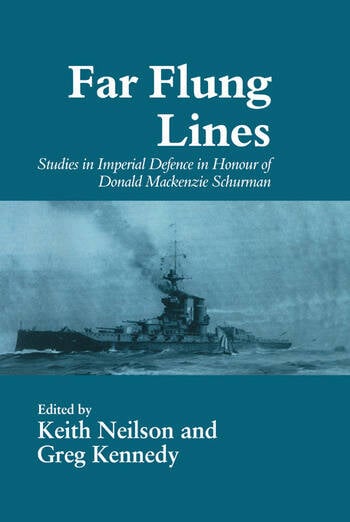 These studies show how the British Empire used its maritime supremacy to construct and maintain a worldwide defence for its imperial interests. They rebut the idea that British defence policy in the late 19th and early 20th centuries was primarily concerned with the balance of power in Europe.

"Some excellent articles ... An informative treatment of British military policy from the perspective of imperial defence, as opposed to the more traditional "continentalist" view."

Soldiers of the Queen 96

"Packed with data and insights, a useful and stimulating work that will be used by historians and students for years to come, and is recommended to all who are seriously interested in 19th and 20th century British imperial defence."

"This is an important work for all those concerned with the role of the Royal Navy in the widest imperial context over the years 1854-1935.