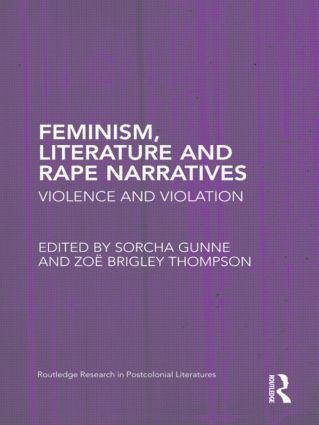 The essays in this volume discuss narrative strategies employed by international writers when dealing with rape and sexual violence, whether in fiction, poetry, memoir, or drama. In developing these new feminist readings of rape narratives, the contributors aim to incorporate arguments about trauma and resistance in order to establish new dimensions of healing. This book makes a vital contribution to the fields of literary studies and feminism, since while other volumes have focused on retroactive portrayals of rape in literature, to date none has focused entirely on the subversive work that is being done to retheorize sexual violence.

Split into four sections, the volume considers sexual violence from a number of different angles. 'Subverting the Story' considers how the characters of the victim and rapist might be subverted in narratives of sexual violence. In 'Metaphors for Resistance,' the essays explore how writers approach the subject of rape obliquely using metaphors to represent their suffering and pain. The controversy of not speaking about sexual violence is the focus of 'The Protest of Silence,' while 'The Question of the Visual' considers the problems of making sexual violence visible in the poetic image, in film and on stage. These four sections cover an impressive range of world writing which includes curriculum staples like Toni Morrison, Sarah Kane, Sandra Cisneros, Yvonne Vera, and Sharon Olds.